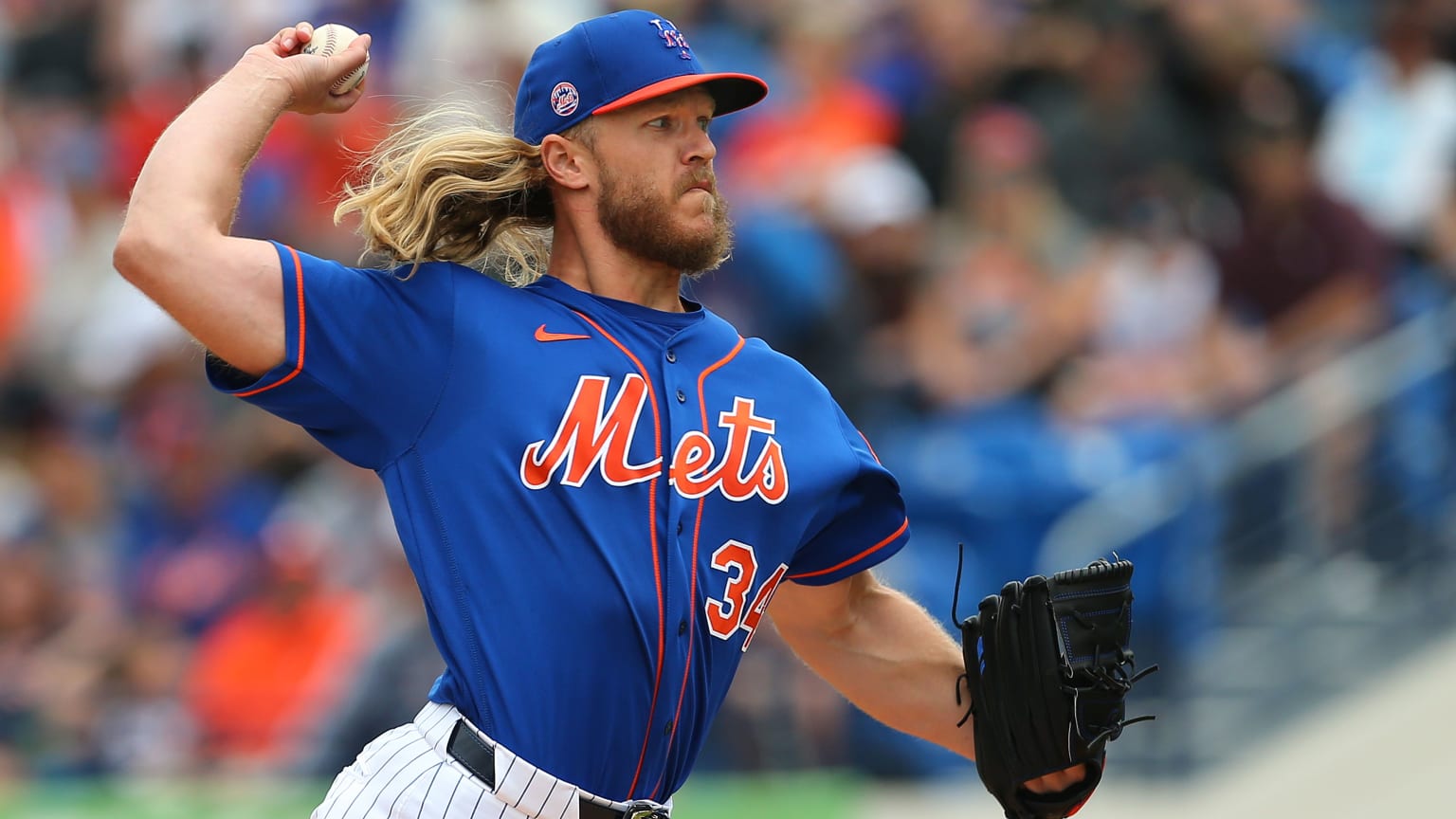 Noah Syndergaard took a big step forward in his recovery from Tommy John surgery on Saturday, as he faced live hitters for the first time in one inning of work at an intra-squad in Port St. Lucie, Fla.

“I actually watched Noah pitch today from a live feed that we have here from Clover Park,” Luis Rojas said. “He pitched an inning today, faced batters, looked really good from what I saw. I didn’t have the reads on his pitches.”

Pitching coach Jeremy Hefner wasn’t able to watch the live feed as he was working with Taijuan Walker during his bullpen session (though he will go back and watch the tape), but said the word on Syndergaard’s outing was positive.

A talent evaluator on site told MLB.com’s Anthony DiComo that Syndergaard’s fastball was clocked at 97 mph.

Mets acting GM Zack Scott also spoke about Syndergaard’s rehab process on Friday, saying that June is still the team’s timetable for when the right-hander might be back in the rotation.

“And as far as I know, he’s progressing as expected, knock on wood there can always be setbacks with players, but everything looks good so far.”

Syndergaard, who underwent Tommy John surgery in March 2020, is set to be a free agent after this season.