Before the coronavirus pandemic the supermarket business was shifting– evolving to become more mobile, and less-reliant on brick-and-mortar stores. The prominence of grocery delivery services- spurred by the growth of Instacart– then followed by most of the regional and national grocery chains put more emphasis on where food could be delivered to, than where it was being sold.

Then the pandemic happened. Lockdowns spurred heavy traffic at all grocery stores, and the industry as a whole had its best year ever. Even smaller grocery stores saw increased traffic and sales.

The pandemic made proximity important again for grocery stores. Under lockdown people weren’t leaving their houses as frequently, nor were they willing to make long trips.

Rose Town Supervisor Richard Lasher says a development that’s been in the works for over a year will go a long way to providing access to essentials- helping fill that void. 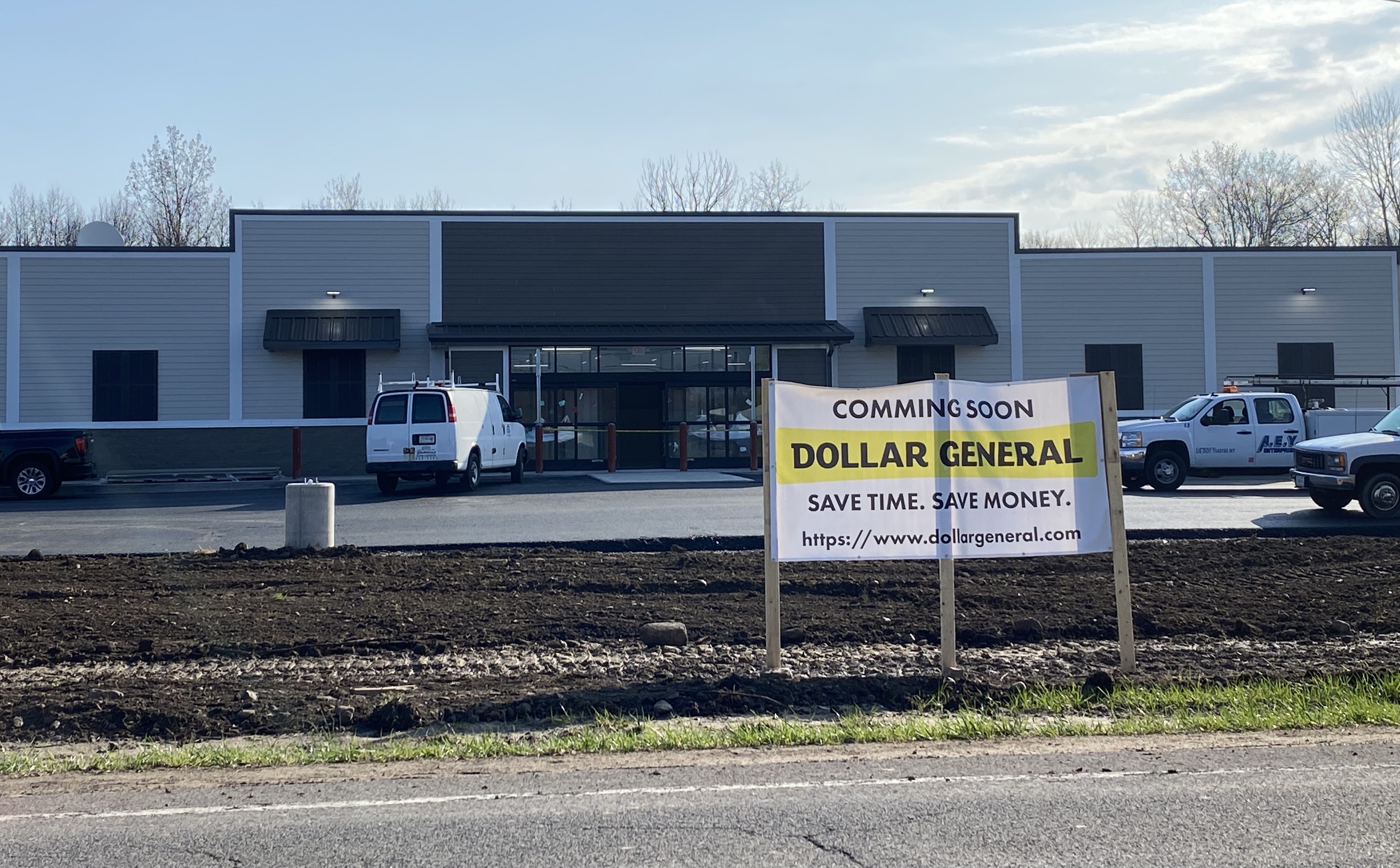 The Dollar General in the town of Rose is expected to open later this spring. Construction has moved fast since being approved in 2020.

Later this spring Dollar General will open a new location in the town of Rose along State Rt. 414. The company first approached officials in Rose during the early part of 2020, before the pandemic- or its lockdowns- gripped the state. “We saw it as a great opportunity to give our residents something that they really wanted and needed,” Supervisor Lasher explained. While some communities have pushed back on dollar store development, the town of Rose, and hamlet of North Rose, saw the opportunity in having a Dollar General nearby.

Grocery stores aren’t popping up like they used to. In fact, aside from the shuffling of names, brands, and chains- there has been essentially no growth of grocery stores in the Finger Lakes overall.

“Dollar General was willing to work with the community on a design that would go beyond the ordinary structure,” Lasher continued. “We didn’t want the typical design.”

So, Dollar General went to the drawing board and put together something that looked a little more like what officials in Rose felt would be a good compromise. The outcome is a store that will have a refrigerator and frozen section, as well as the typical household items.

“We have a gas station and a diner, but that’s about it in North Rose,” Lasher continued. “It’s a bit of a drive to find items that you’ll otherwise be able to pick up at the Dollar General.”

He says the experience with the company has been favorable, and they are looking forward to its grand opening. “There’s an opportunity for small communities like this,” Lasher added, speaking to the benefit stores like Dollar General provide those rural communities. Especially given the lack of development in recent years in the local grocery store category.

Officials in Rose expect that Dollar General will open in the next two months.