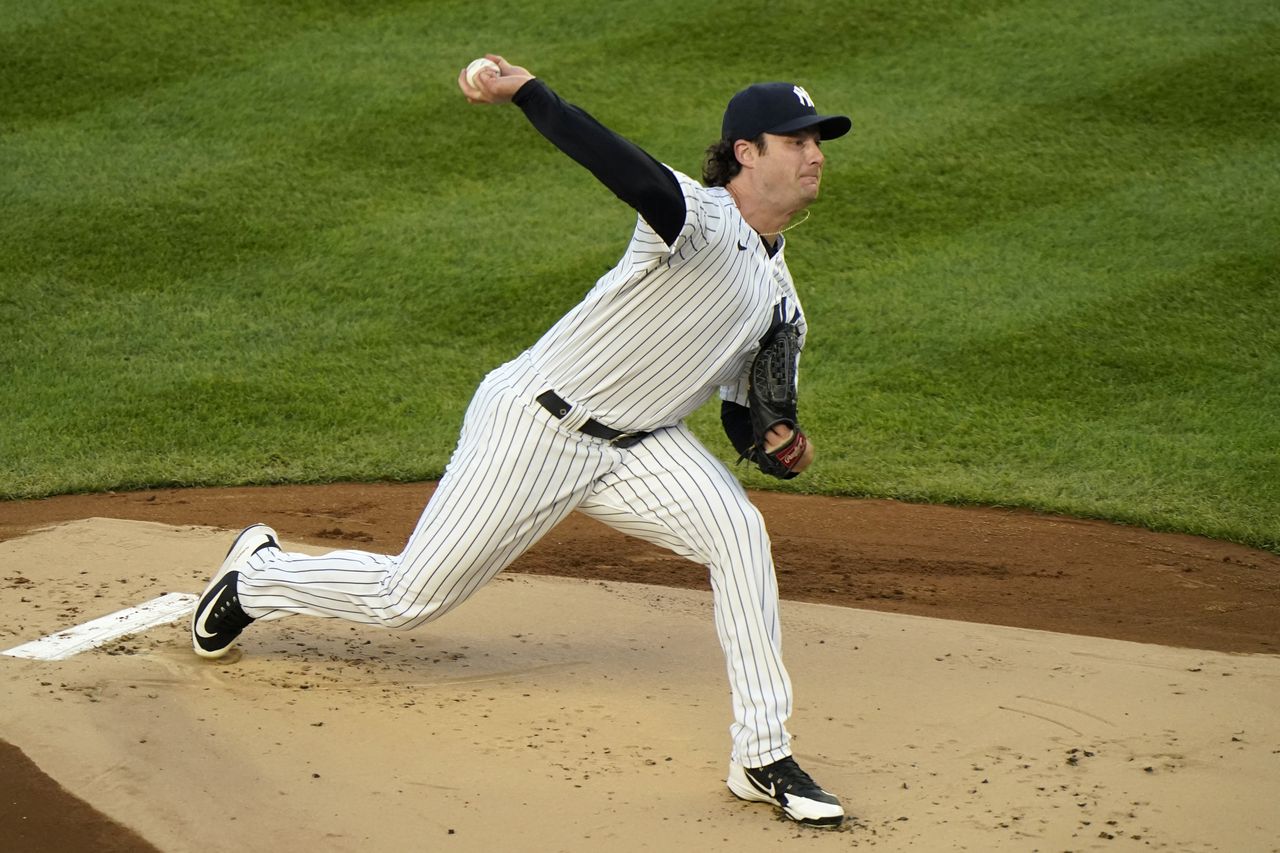 Gerrit Cole watched his final pitch of the night sizzle over home plate, sealing one of his most dominant performances to date wearing Yankees pinstripes. The ace walked to the dugout with purpose, appearing as though he still had plenty left in the tank.

Cole had everything working in an impressive 13-strikeout gem, scattering four hits without a walk over seven scoreless innings, and Jay Bruce homered in a 7-2 victory over the Orioles on Tuesday evening at Yankee Stadium.

Tossing 97 pitches and touching 100.5 mph with his fastball, the 13 strikeouts marked Cole’s most in a regular-season game since joining the Yankees, matching his tally from Game 1 of last year’s American League Wild Card Series against the Indians.

Cole generated 27 swings and misses. He became the seventh Yankee to toss seven or more scoreless innings with no walks and 13 or more strikeouts, and the first since Masahiro Tanaka fanned 15 on Sept. 29, 2017, vs. Toronto.

Bruce cleared the short porch in right field for his first Yankees homer in the second inning, and another bases-loaded, none-out setup in the fourth yielded two runs, with Aaron Judge lining an RBI single. Giancarlo Stanton added a run-scoring double in the seventh and Judge hit a three-run homer in the eighth.