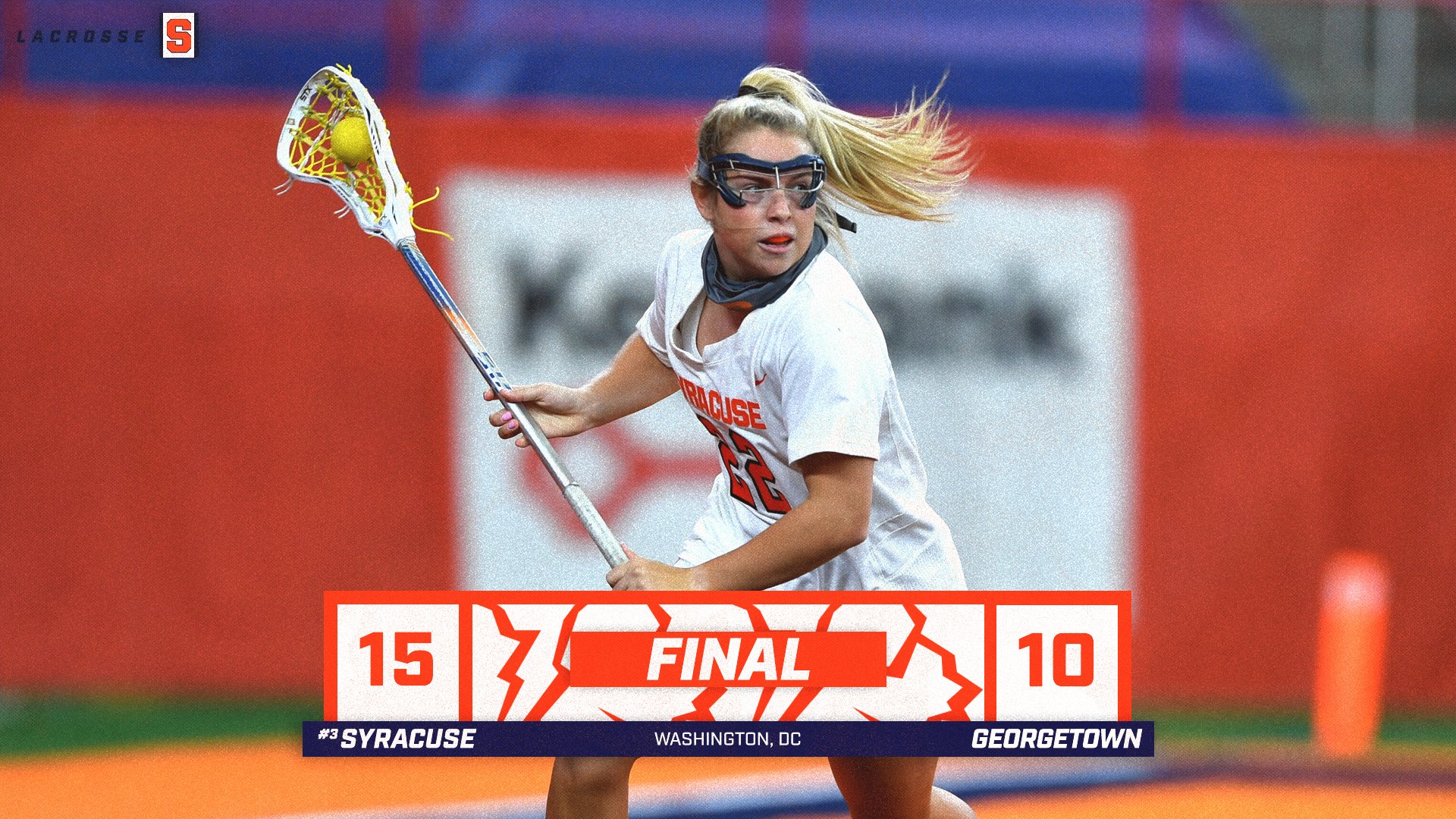 Megan Carney carried the ball from the left side around the 8-meter arc and positioned herself in front of net looking for an open lane. Running from behind the net, Syracuse freshman Jenny Markey received the pass as her feet touched the edge of the 8-meter arc line. Markey wound her stick and fired a quick shot past a Georgetown defender and into the net for her first career goal and her first two goals on Tuesday afternoon. The strike marked Syracuse’s eighth goal in 10 minutes, too.

Three days after dropping its first game of the season to No. 1 North Carolina, No. 3 Syracuse (7-1, 4-1 Atlantic Coast) bounced back against Georgetown (3-6, 2-2 Big East) in a Tuesday matinee game with a 15-10 win. The Orange offense exploded in the first half, scoring 13 goals — the most in a single half this season. SU’s defense limited the Hoyas to two goals on nine shots.

The Hoyas lost their third straight game after entering the matchup following back-to-back losses to Denver. The two teams last met in the second round of the 2019 NCAA Tournament when Syracuse dominated the Hoyas in a 14-8 win to advance to the quarterfinals.

?Markey with her first career goal ?