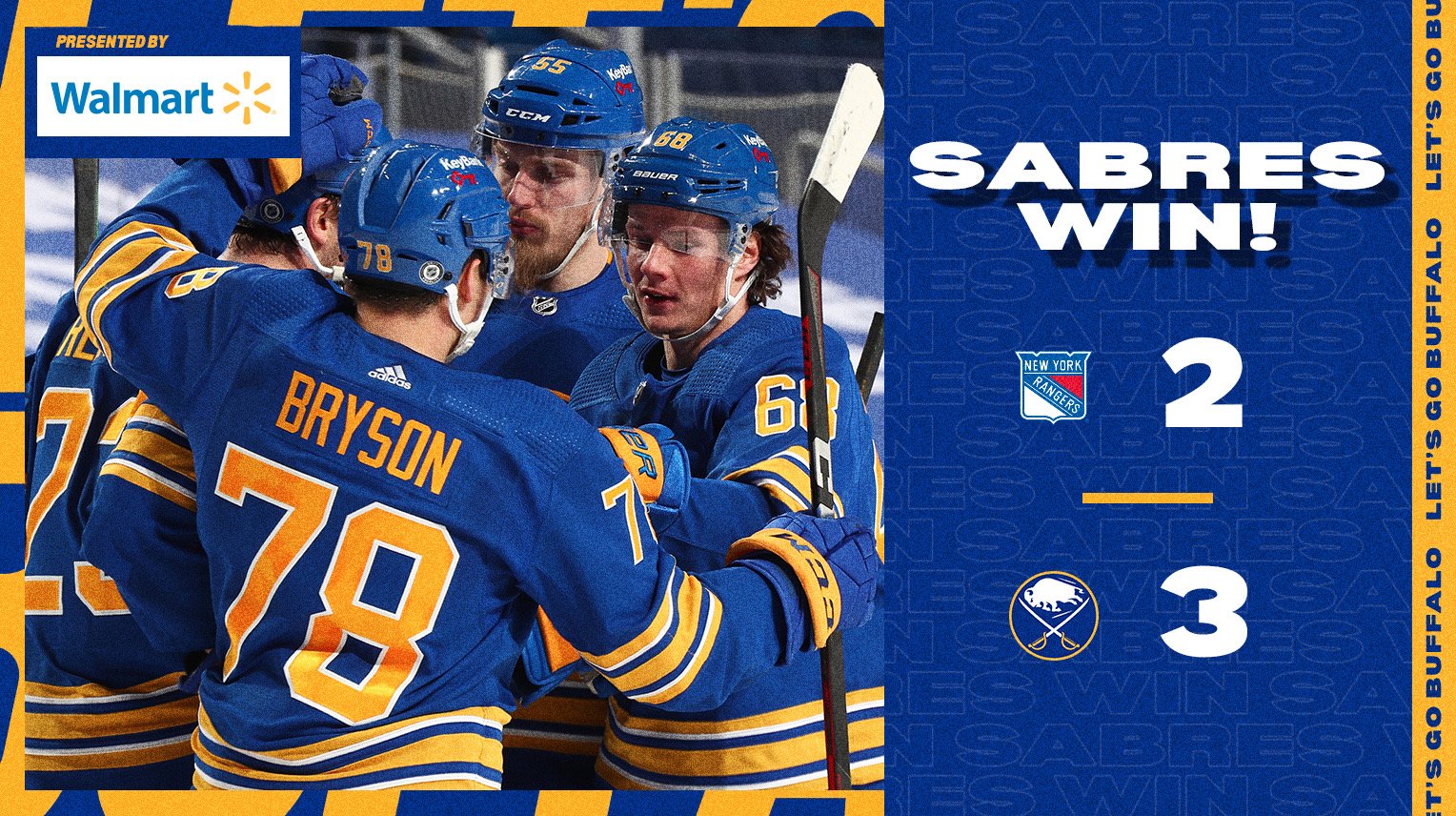 For the second game in a row, the Buffalo Sabres rallied back late against the New York Rangers to tie the game.

On Thursday, Tage Thompson scored with 3.6 seconds remaining in regulation to force overtime. On Saturday, Victor Olofsson ripped a shot from the high slot to even things up at KeyBank Center with 3:41 left in the third period.

While the Rangers won Thursday’s game in overtime, Buffalo won Saturday’s contest 3-2 in the shootout.

Casey Mittelstadt scored Buffalo’s other regulation goal. Linus Ullmark made 28 saves through 65 minutes and stopped all three shots he faced in the shootout.

In his career, Ullmark is 7-3 in the shootout with a save percentage of .868, which is second all-time only to Malcolm Subban (minimum 20 attempts faced).

Buffalo is now 3-2 in the shootout this season. The team also has points in four-straight games (2-0-2).