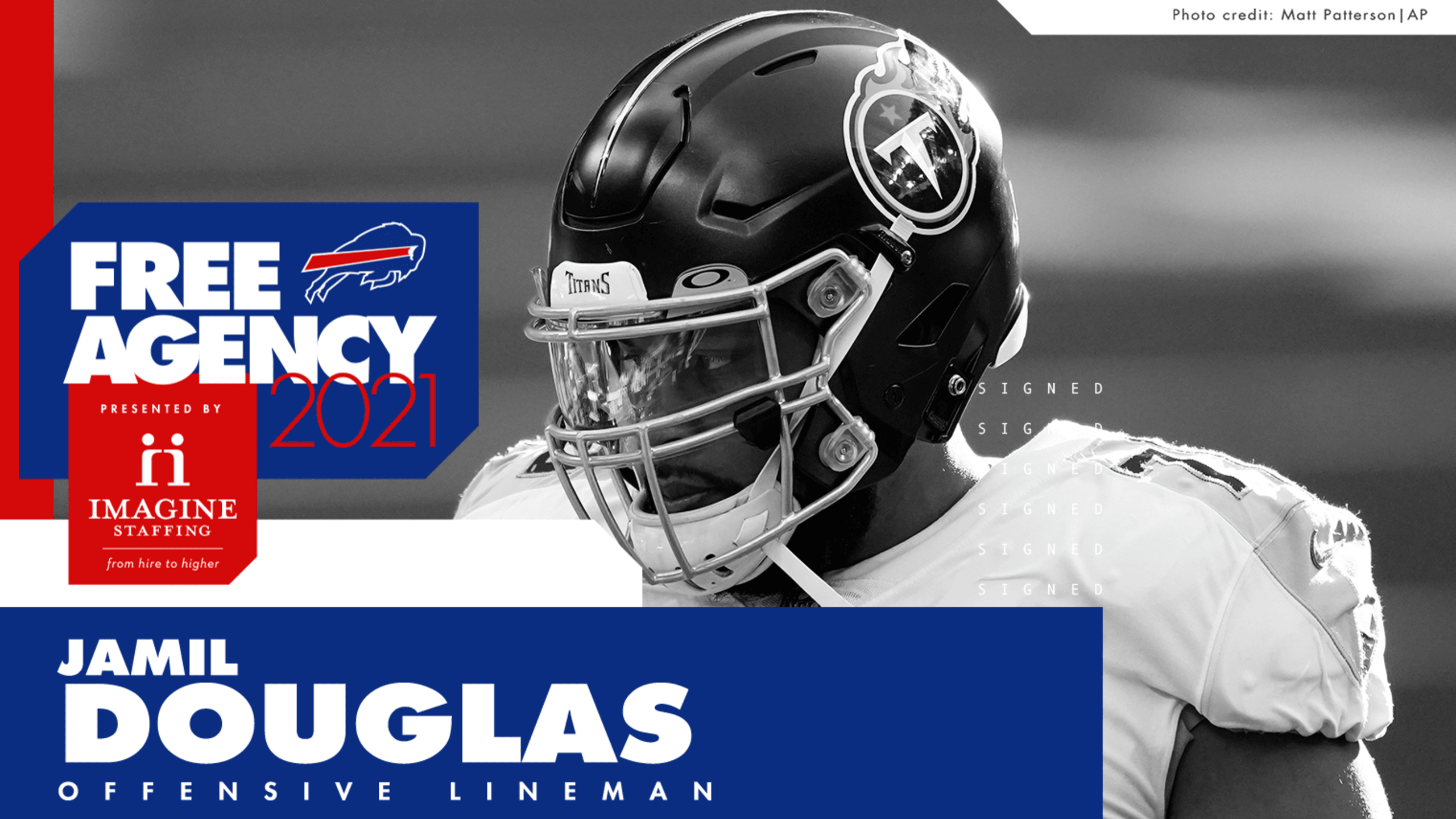 The Buffalo Bills have signed offensive lineman Jamil Douglas to a one-year deal.

Douglas joins the Bills after spending two seasons with the Tennessee Titans. The offensive lineman appeared in 14 games in 2020.

In his four years in the NFL, Douglas has played in 46 games and started in 11. He spent his first two seasons with the Miami Dolphins.

Douglas was drafted by Miami in the fourth round of the 2015 NFL Draft out of Arizona State.