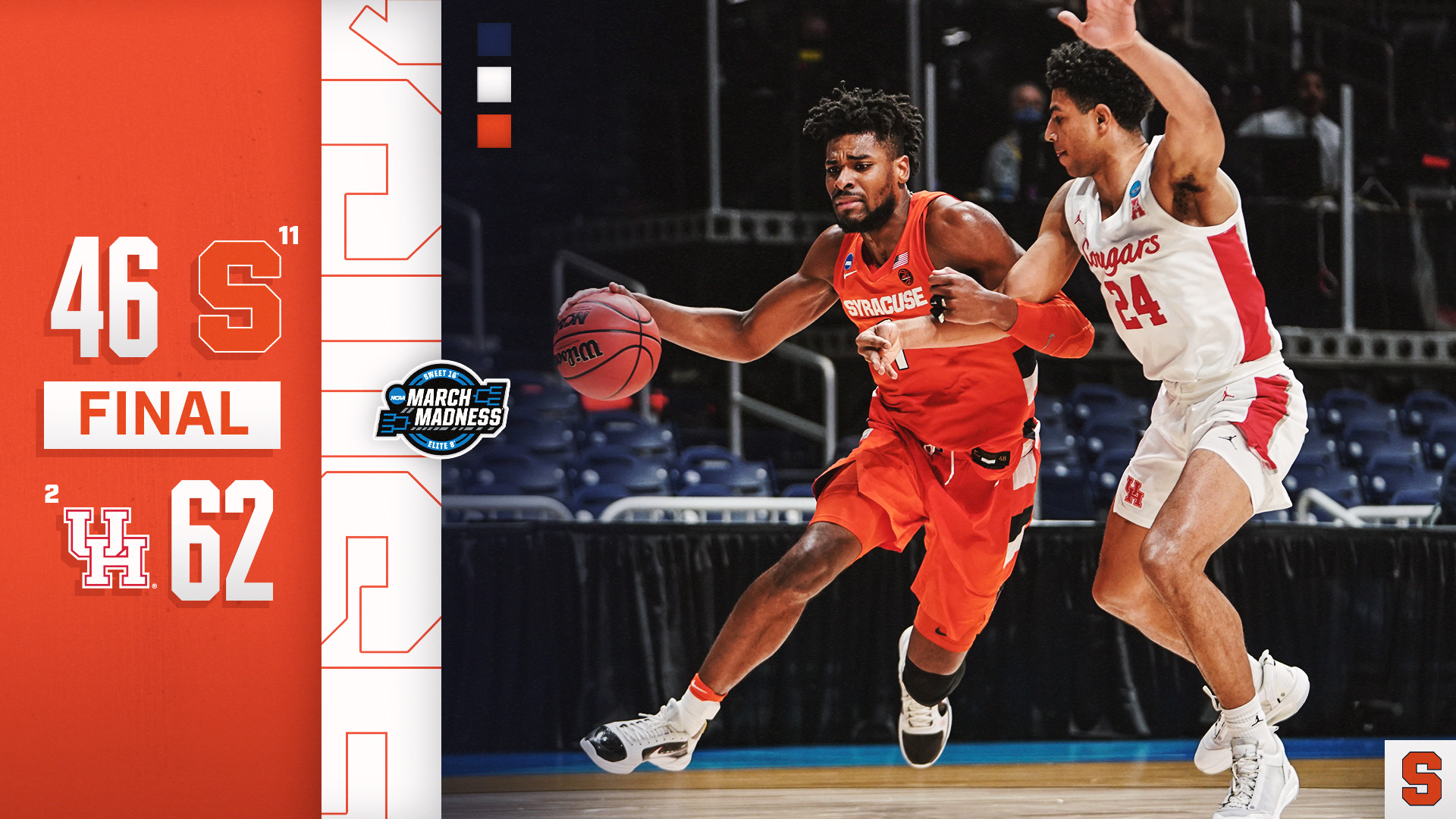 The Syracuse Orange men’s basketball team fell the Houston Cougars in the NCAA Tournament Sweet 16 by a final score of 62-46. The Orange struggled mightily against Houston’s defense, shooting 14-50 overall and 5-23 from 3-point land.

Syracuse finished the season with an 18-10 record. It was the third time in the last six years that Syracuse had advanced to the Sweet 16 as a double-digit seed.

Houston’s defense, which ranks second in the country in points allowed at 57.9 per game, held Syracuse to a season-low 46 points. The Orange’s previous low came in an 81-58 loss at Virginia on Jan. 25.

The 46 points were the fewest for Syracuse in any NCAA tournament game. The Orange scored 51 in a win over Princeton in the 1992 tournament.

Thank you for supporting us on this wild ride in a year that has presented unique challenges, as well as some great moments.

Can’t win when you shoot less than 30%. That was rough.

Thank you to all the Syracuse fans for the support ????? 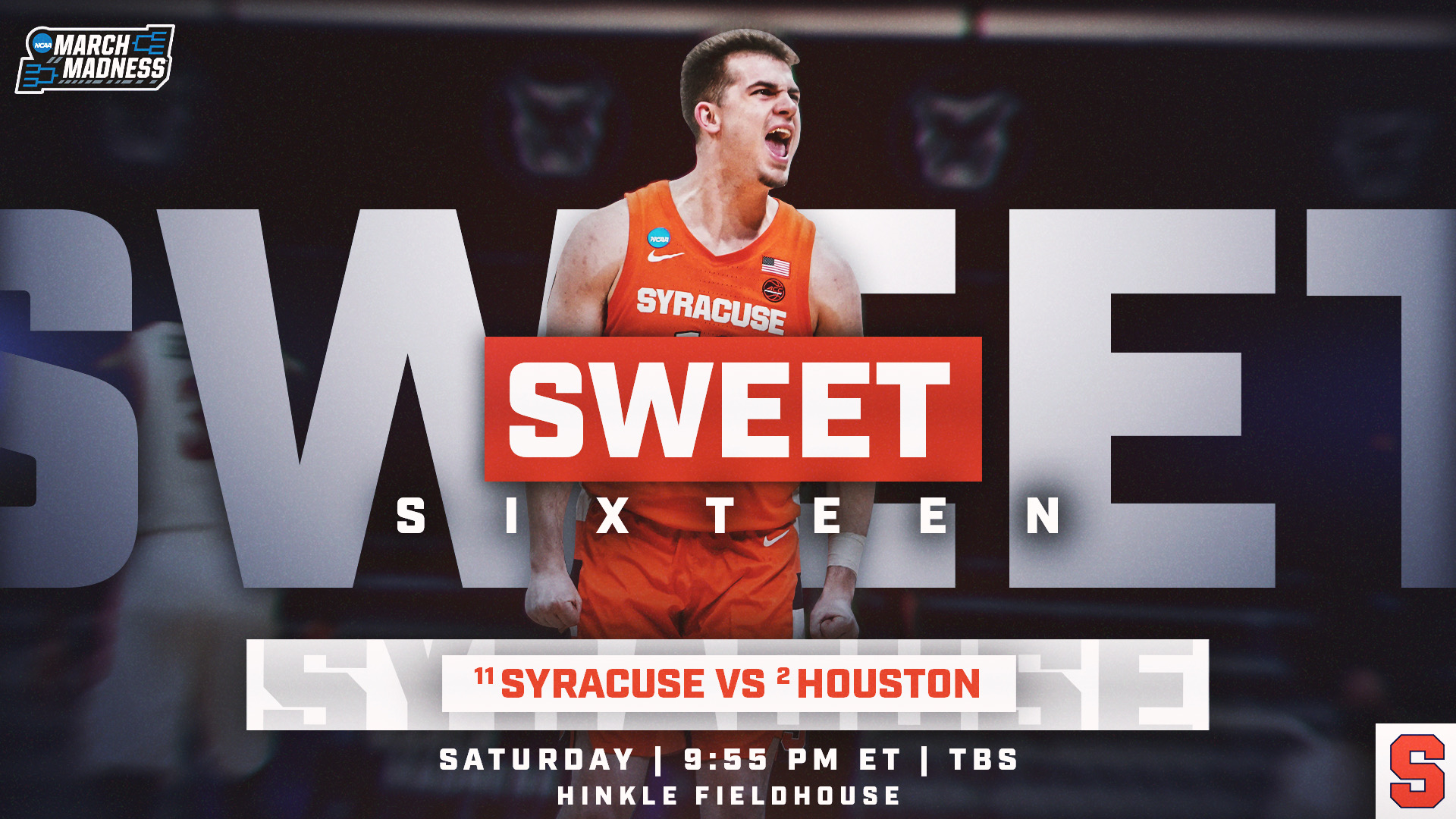 After defeating West Virginia in the second round of the 2021 NCAA Men’s Basketball Tournament, Syracuse squares off with Houston in the Sweet Sixteen. Tip off from Hinkle Fieldhouse is set for 9:55 p.m. with the winner advancing to the Elite Eight.

Down by two to 10th-seeded Rutgers with 24 seconds in its second -round contest against Rutgers on Sunday, Tramon Mark made a clutch layup through contact and converted at the line to give second-seeded Houston a one-point edge. The Cougars would not trail for the remainder of the contest and held on for a 63-60 victory. Junior guard Quentin Grimes led Houston in both points (22) and rebounds (9) while redshirt senior guard DeJon Jarreau chipped in 17 points. Redshirt senior forward Justin Gorham dished out a team-best four assists.

The Cougars won the 2021 American Athletic Conference Championship, defeating Cincinnati 91-54 to claim the title. Houston enters the contest ranked sixth in the nation with a 26-3 overall record.

Grimes leads Houston with 18.1 points per game. The third-team All-American ranks seventh in the nation in 3-point field goals per game (3.37) and is joined by Marcus Sasser (13.3) and Jarreau (10.9) with double-digit scoring averages.

The lone game between Syracuse and Houston occurred on December 11, 1982, when the Orange overcame a 28-point performance from Clyde Drexler to claim a 92-87 victory in the Carrier Dome.