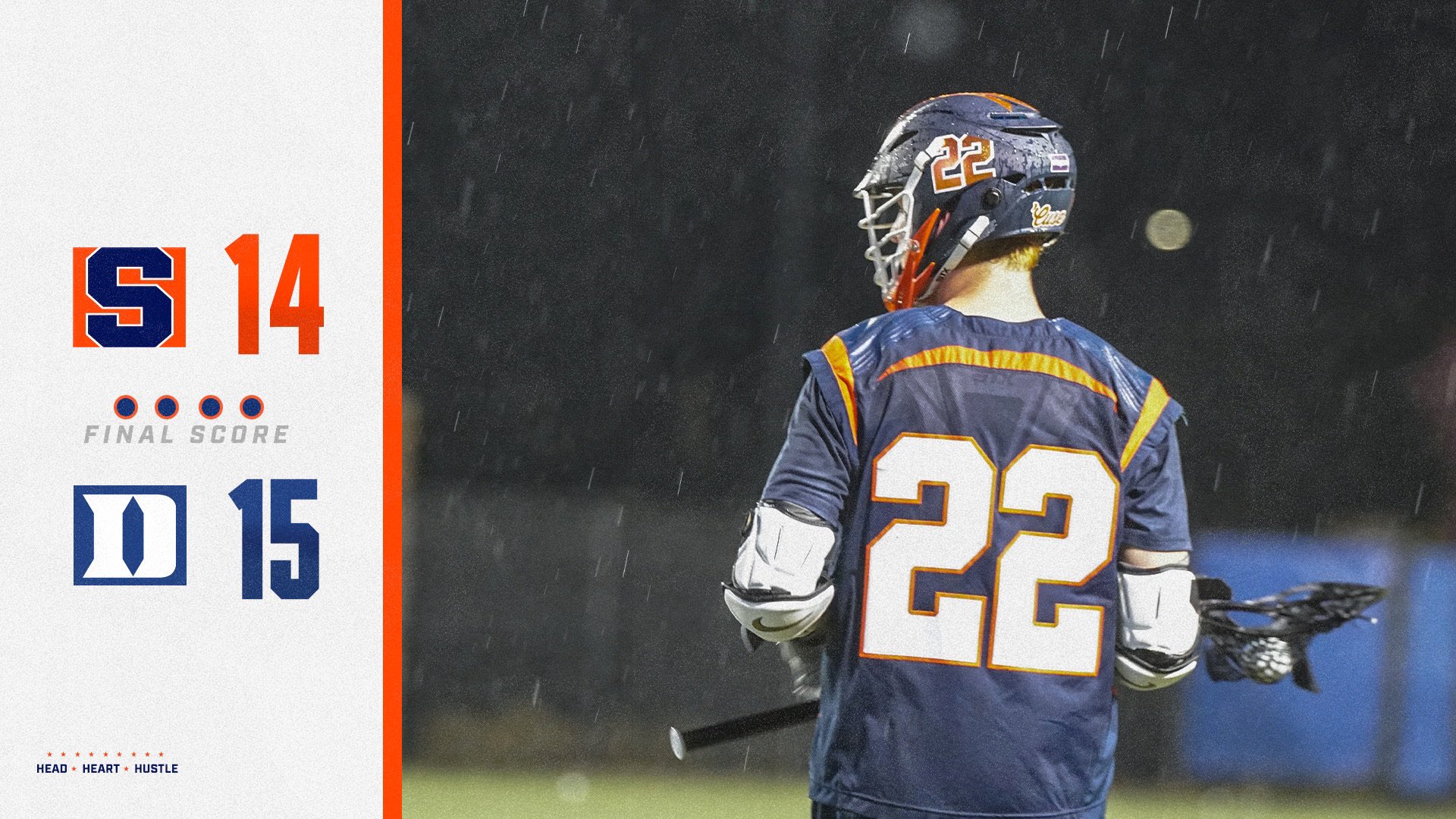 The Orange trailed by as many as seven on the road at No. 2 Duke (9-0), but led a furious comeback effort to take the lead in the fourth quarter.

The Blue Devils scored the game’s final two goals and Syracuse’s last-second shot was saved, allowing Duke to pull off a 15-14 victory over Syracuse. The Orange fell to 1-1 in ACC play.