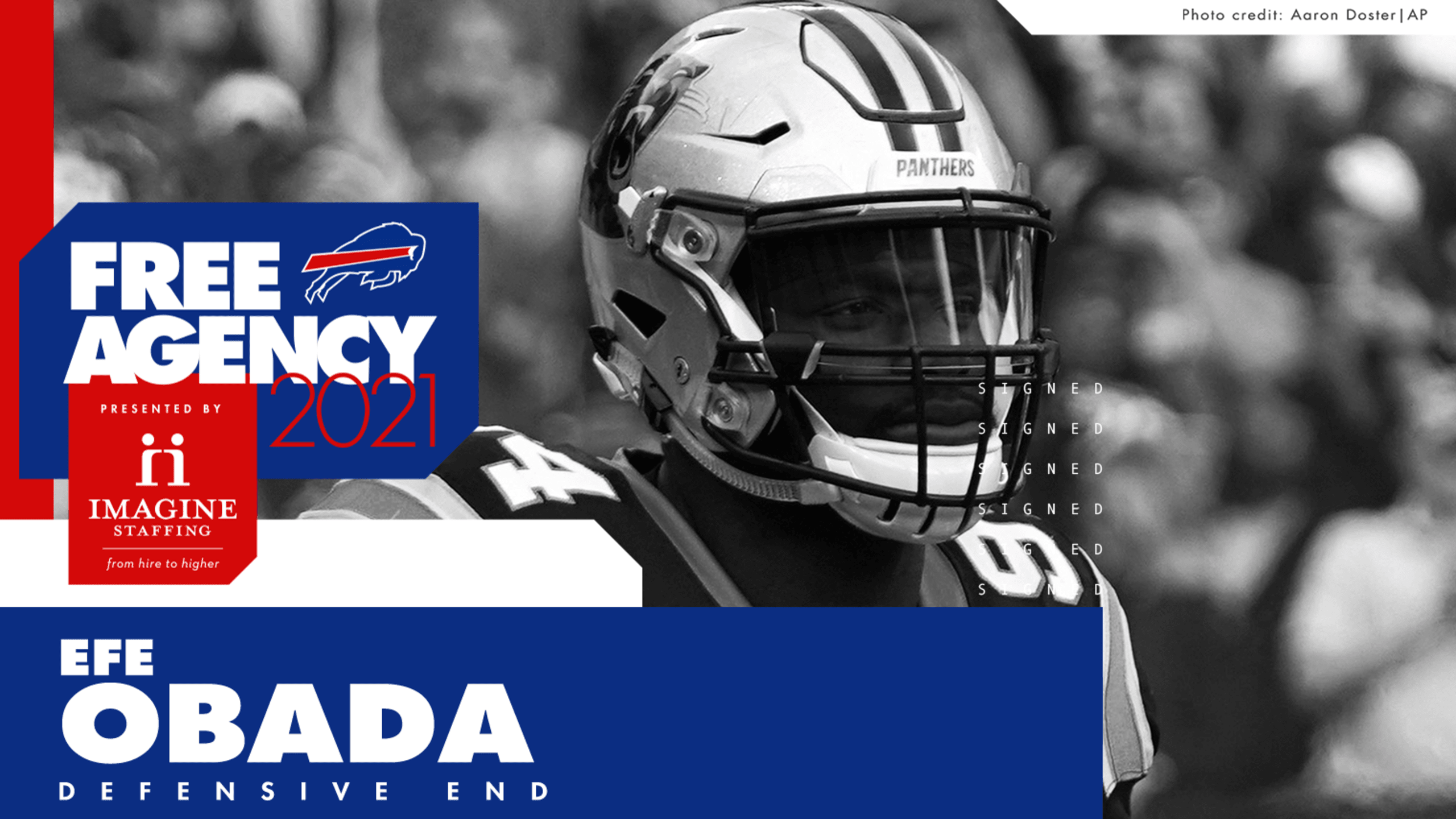 The Buffalo Bills and defensive end Efe Obada have agreed to terms on a one-year deal.

Obada joins the Bills after playing for the Carolina Panthers from 2018 to 2020.

The defensive end played in 16 games last season where he totaled 5.5 sacks, one forced fumble and 17 total tackles.

Obada was born in Nigeria, but spent part of his childhood in England after moving there when he was 10 years old. In 2014, he joined the British American Football Association National Leagues and played for the London Warriors.

The Dallas Cowboys signed Obada as an undrafted free agent in 2015 where he mostly played on the practice squad. He also spent time with the Kansas City Chiefs and Atlanta Falcons.

Efe Obada's first game in the #NFL earned him a sack and an interception. 👀@SteveTasker89 was the sideline reporter and had this epic post game interview with the newest @BuffaloBills 🔊⬇️ pic.twitter.com/SCuWbgvUbl

During his three seasons on Carolina’s roster, Obada has played in 42 games and has recorded 7.5 sacks, three passes defensed, one interception, one forced fumble and 47 total tackles.