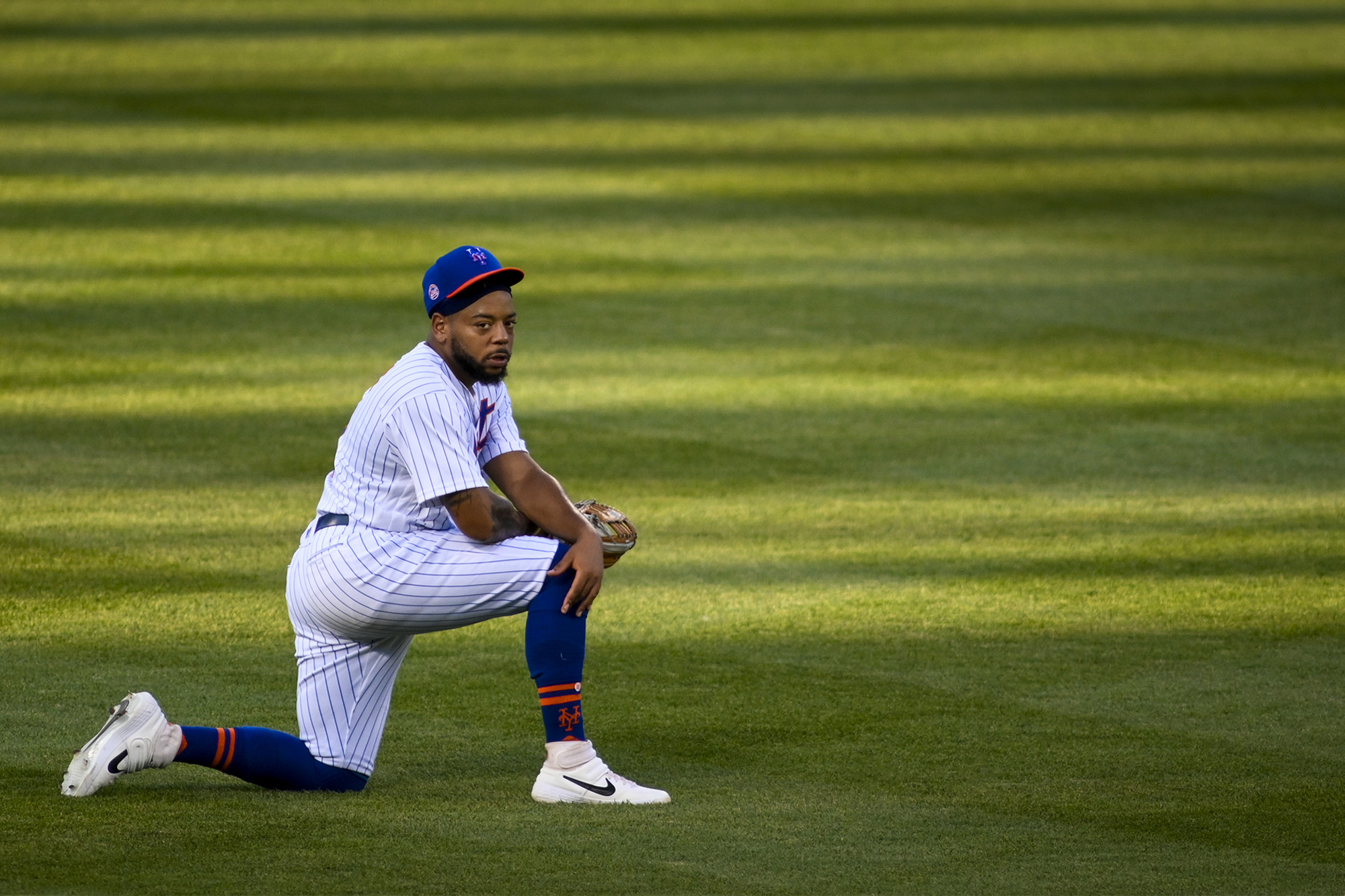 Mets manager Luis Rojas spoke to media ahead of the team’s spring training game on Wednesday, and announced that Dom Smith won’t play due to wrist soreness.

“We got an update from Dom earlier today, so he showed up today with general wrist soreness,” Rojas said. “We gave him the day off from hitting. He did some defensive work, so he’s getting treatment. We just have to consider him on a day-to-day status. Let’s see how he shows up tomorrow.”

Smith has played in eight games so far this spring training, batting .182 in 22 at-bats with two home runs and six RBI.

“Right wrist, glove wrist,” Rojas said. “He was able to do his defense during BP, and also whatever pre-game we have going on or anything, he can take live balls off the bat. It doesn’t bother him for anything like that. We’re giving him the day off from swinging, and we’ll see how he feels tomorrow after the treatment.”

Smith has been working on his move to the outfield all spring, as the Mets and the rest of the National League will go back to playing without a DH for the 2021 season.

Rojas was asked about Smith’s progress adapting to left field so far this spring, and how missing a game doesn’t slow down that progress.

“He can take advantage of it,” Rojas said. “I know he’s not doing it in game with the adrenaline rush that you can have when you’re facing another uniform and you’re playing behind one of your pitchers, and different things like that. Today, he had a really good session with Tony Tarasco, where Tony was standing right behind him and they were challenging each other who gets a better read. There’s a lot of good teaching when that happens.

“When you know that your energy, you don’t have to save energy for the game, but all your energy you’re using it for practice, and doing it at game speed. He did some of that work today, where he got to work on his route efficiency, his reads off the bat, and different things like that with Tony. I thought it was a productive day for him. We just need to repeat that the most we can. I was talking to performance staff today, if he’s not in game, we want to simulate as much as we can live reads or live drills where he can maximize his reads and different things like that are going to come to play when he gets his chance to play in games.”