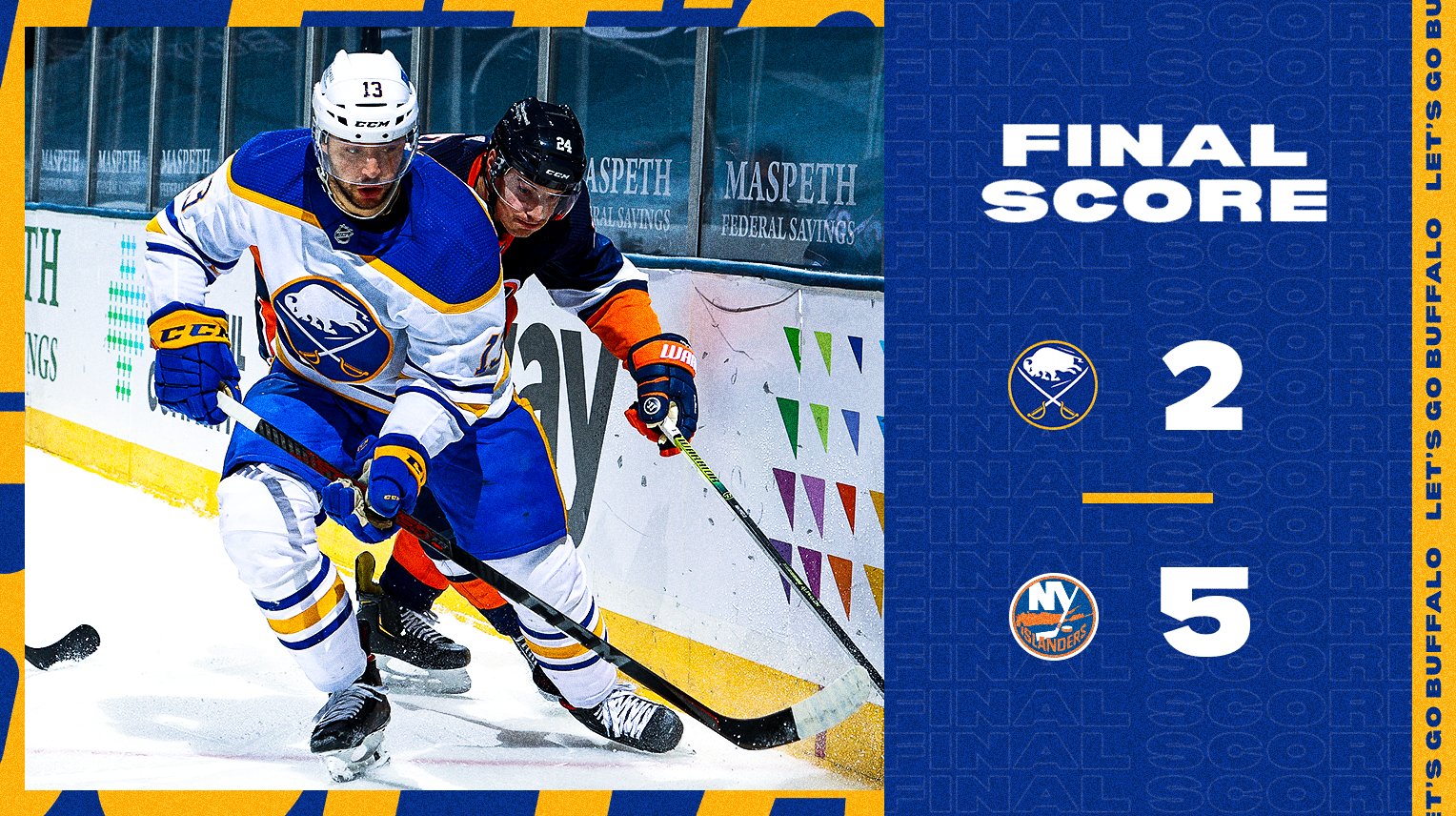 The Buffalo Sabres played their fifth game against the New York Islanders of the season Saturday afternoon and the result was the same. New York won again, this time by a score of 5-2.

The Islanders scored four goals in the second period to pull ahead. Matthew Barzal, Brock Nelson, Cal Clutterbuck and Scott Mayfield put the Islanders on the board. Anders Lee added another one in the third period. Semyon Varlamov made 20 saves.

The Islanders are 5-0-0 against the Sabres this season and have outscored Buffalo 19-7. Overall, they’re now 9-0-2 at home this year.