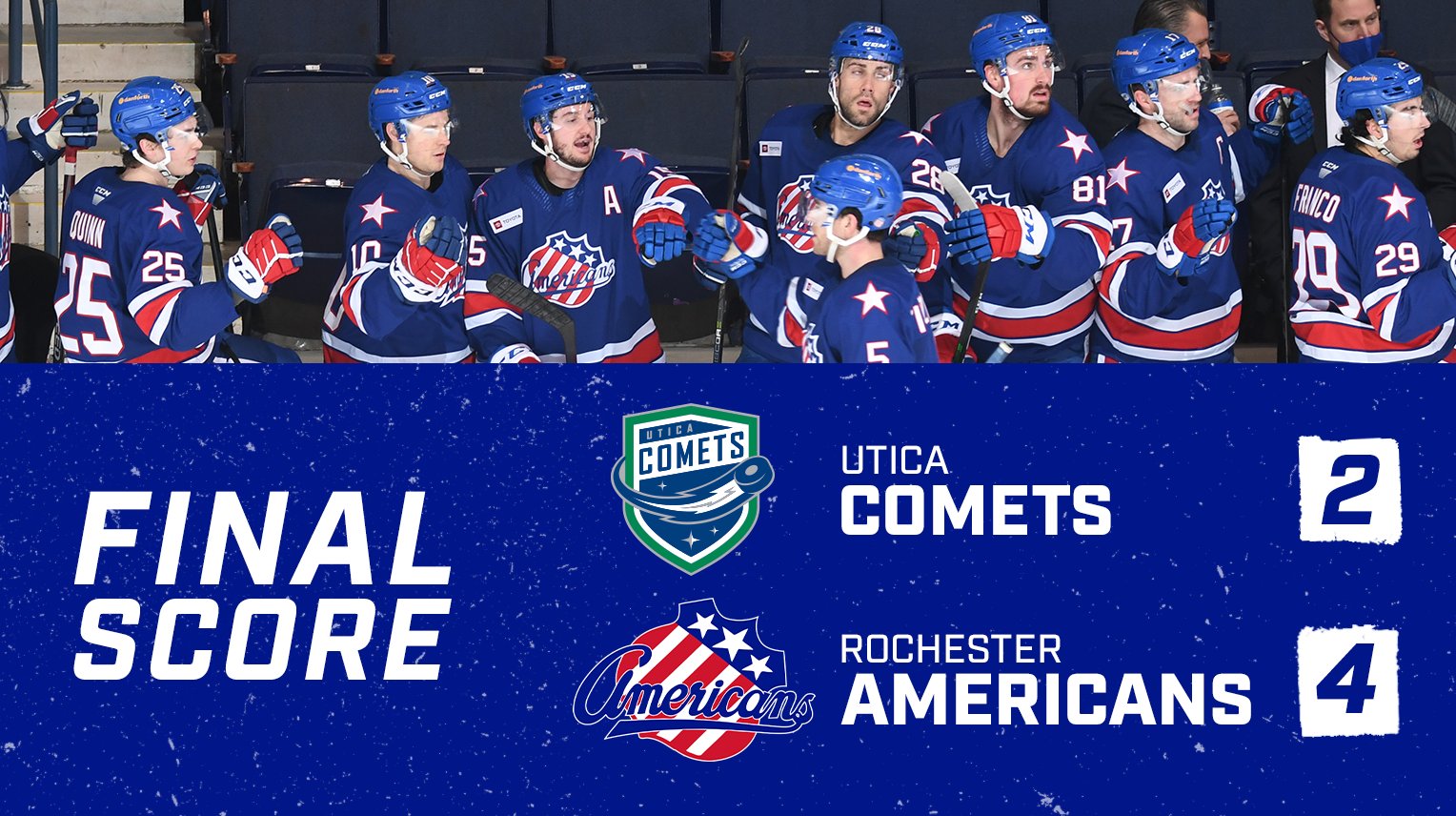 On the strength of a pair of goals from defenseman Casey Fitzgerald and two assists by Steven Fogarty, the Rochester Americans (5-3-0-0) avenged last Friday’s setback by doubling up the first-place Utica Comets (5-1-0-1) with a 4-2 win in a North Division matchup Wednesday at The Blue Cross Arena.

With the victory, Rochester has collected at least one point in 21 of the last 30 games against Utica dating back to the start of the 2017-18 campaign, going 16-9-2-3 over that span. Additionally, the Amerks earned their third straight win on home ice after dropping a 3-2 decision to the Comets on opening night.

With his first-career two-goal outing, including his first shorthanded marker, Fitzgerald is the first Amerks blueliner to score twice in a game since former defenseman Casey Nelson netted a pair as part of a three-point game back on Nov. 1, 2019 against Binghamton.

Fogarty recorded his second two-point game of the season while Brett Murray and Arttu Ruotsalainen scored their third and second goals of the slate, respectively. Murray has collected five points (2+3) in the last five games. Michael Mersch, who was held without a point in his first three outings with the club, picked up an assist to push his point streak to four games.

Goaltender Ukko-Pekka Luukkonen (4-2-0) earned his third straight win in the Flower City while making 31 saves. The Finnish netminder has made 30-plus saves in four of his first six games of the season, which included a career-high 43 stops back on Feb. 12 in a 7-3 triumph at Cleveland.

After being held scoreless in his first three games with Rochester, @AmerksHockey veteran forward Michael Mersch now has points in four straight, totaling one goal and three assists over that span. pic.twitter.com/26zCQMaG8m

With his goal tonight, @AmerksHockey forward Brett Murray has now collected five points (2+3) in his last five games and has three goals in his last seven appearances overall. pic.twitter.com/hBuSXGBeQW