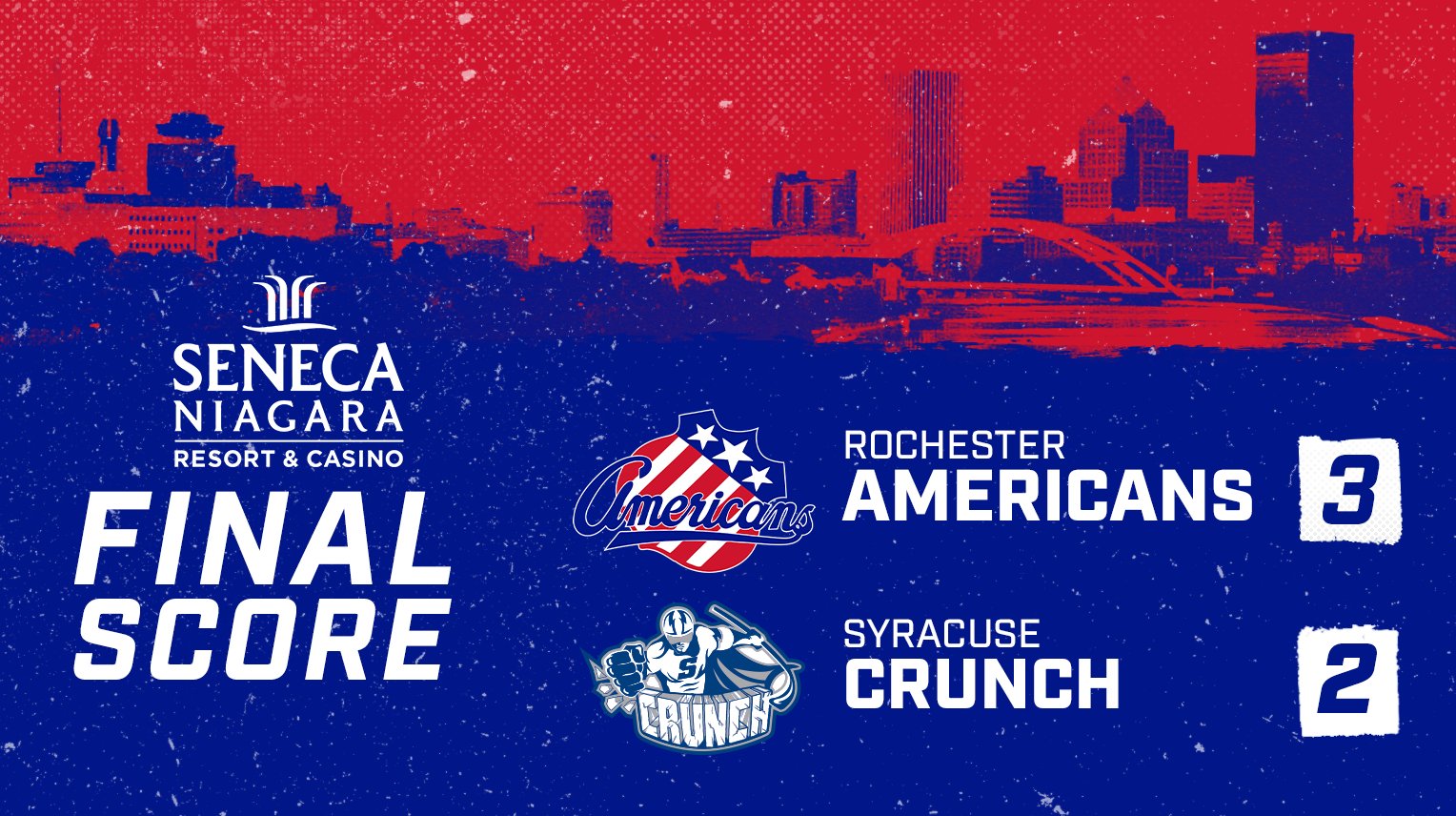 Ryan Scarfo’s first goal as an Amerk broke a 2-2 tie midway through the third period and the Rochester Americans held on the rest of the way as the team opened its three-game road swing with a 3-2 win over the Syracuse Crunch Saturday at Upstate Medical University Arena.

After going 4-5-1-0 against the Crunch during the 2017-18 campaign, the Amerks are now 14-7-1-1 in their last 23 contests against Syracuse and tonight’s win made it their fourth straight since dropping the season opener. The win improved Rochester to 4-1-0-0 on the young season and moved the Amerks into a two-way tie with the Hershey Bears for second place in the American Hockey League’s North Division standings.

Rookie defenseman Ryan Jones (1+1) scored his first pro goal to give the Amerks their first lead of the contest halfway through the first period and assisted on Scarfo’s eventual game-winner to turn in his second multi-point effort of the campaign. Brett Murray (1+1) followed suit in the second stanza, racking up his second point of the night with a tally and notching his first multi-point game of the year. Scarfo sealed the victory with his second AHL game-winning goal of his career. Jean-Sebastian Dea(0+1) extended his point streak to four games with an assist, while Michael Mersch (0+1) added his first point as an Amerk with a helper on the team’s third-period marker.

Veteran goaltender Dustin Tokarski(1-1-0) got the nod in the crease for the first time since opening night and received his first win as an Amerk with 37 saves against his former team.

We’ll get another chance against these guys on Wednesday.

Tonight's @Wegmans stars in the #AmerksWin: