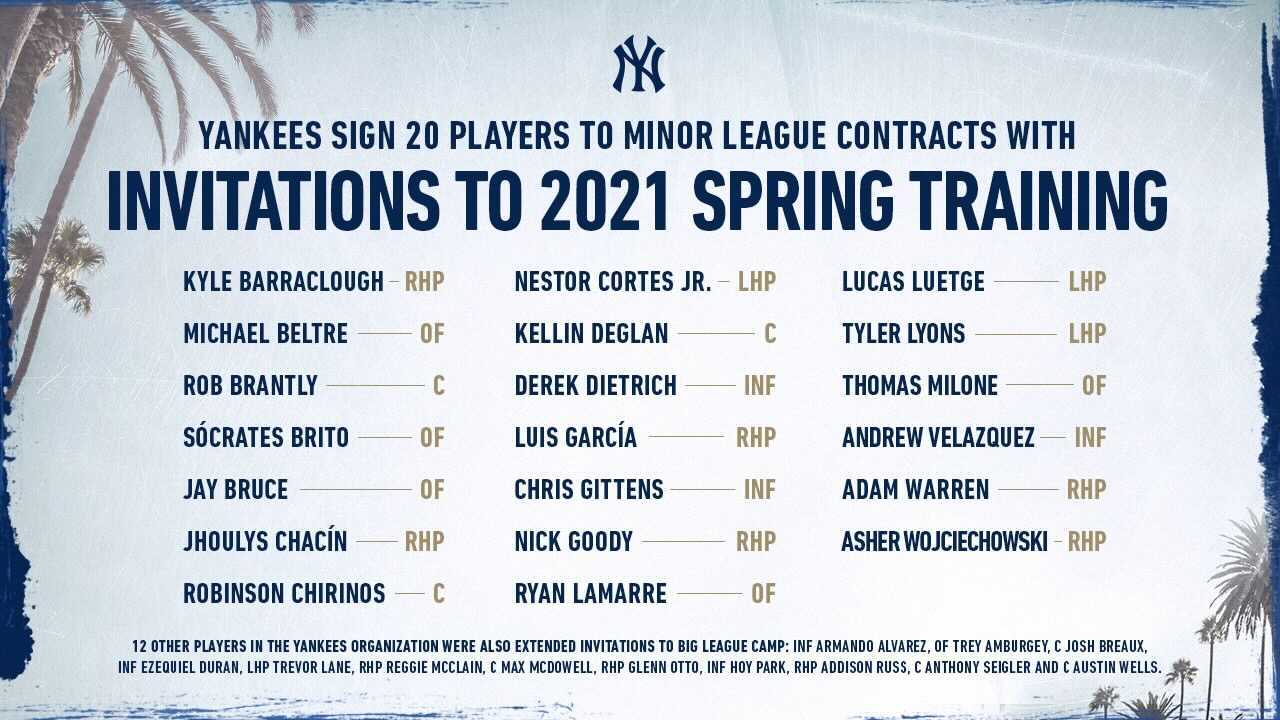 The New York Yankees announced today that they have invited 32 players to 2021 Major League spring training. The number of players scheduled to report to spring training is 72.