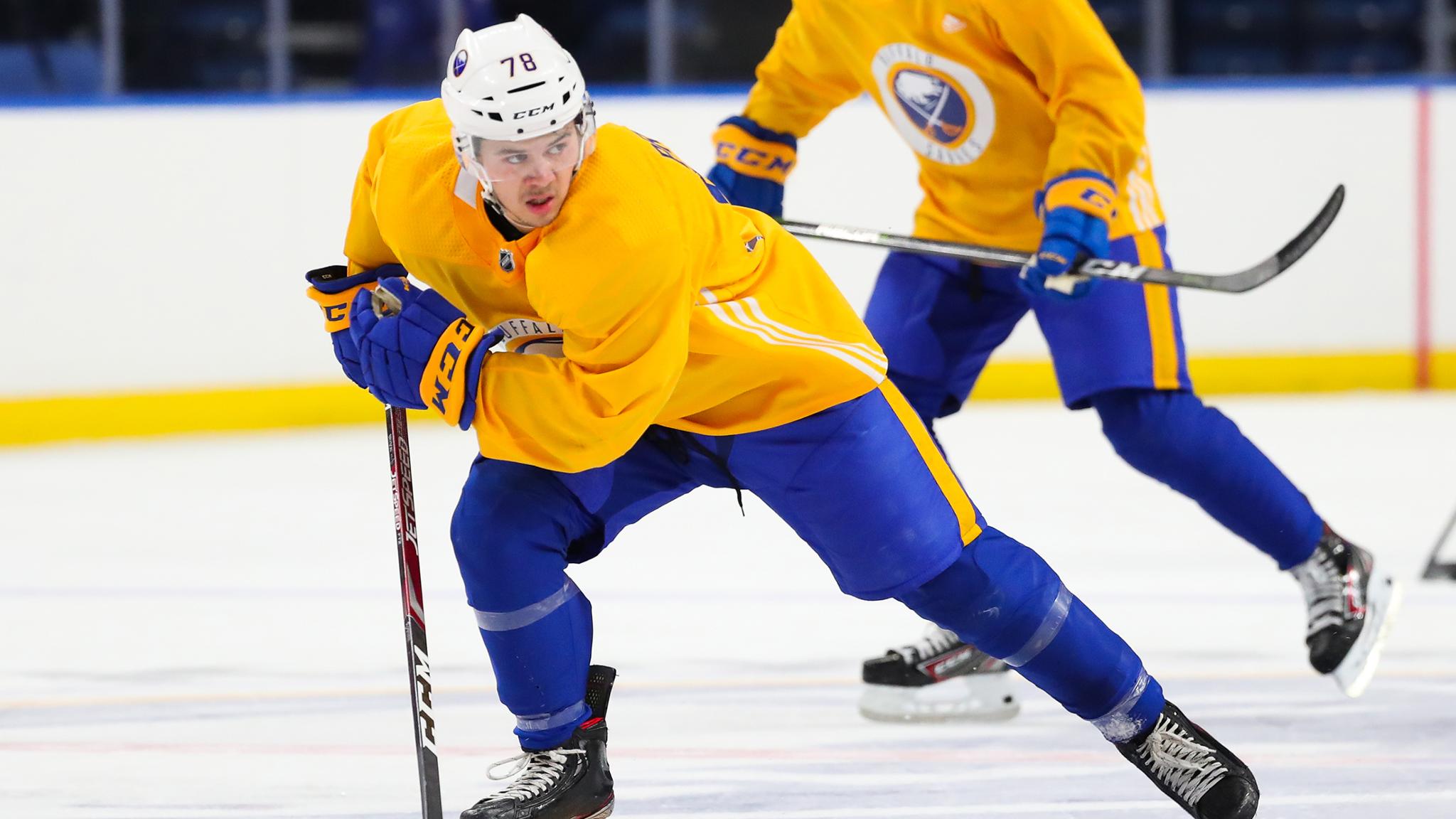 The Buffalo Sabres have reassigned forwards Steven Fogarty and C.J. Smith and defenseman Jacob Bryson from the Rochester Americans (AHL) to the team’s taxi squad. Goaltender Dustin Tokarski has been reassigned to Rochester.

Rochester overcame an early 2-0 deficit last night to defeat the Cleveland Monsters 7-3 on the road. Smith recorded two goals and an assist while goaltender Ukko-Pekka Luukkonen made 43 saves.

Smith is tied with Jean-Sebastien Dea for the scoring lead in Rochester with four points (2+2).

Fogarty, the Amerks captain, signed a one-year deal with Buffalo this past offseason after spending parts of five seasons with the New York Rangers organization, for which he captained the AHL affiliate in Hartford in 2019-20. He scored the overtime winner for Rochester on Wednesday.

Bryson, a fourth-round pick from 2017, tallied 27 points (4+23) in 61 games last season as a rookie in Rochester. He has one assist through three games this year with the Amerks.

Buffalo is set to practice this morning at KeyBank Center.