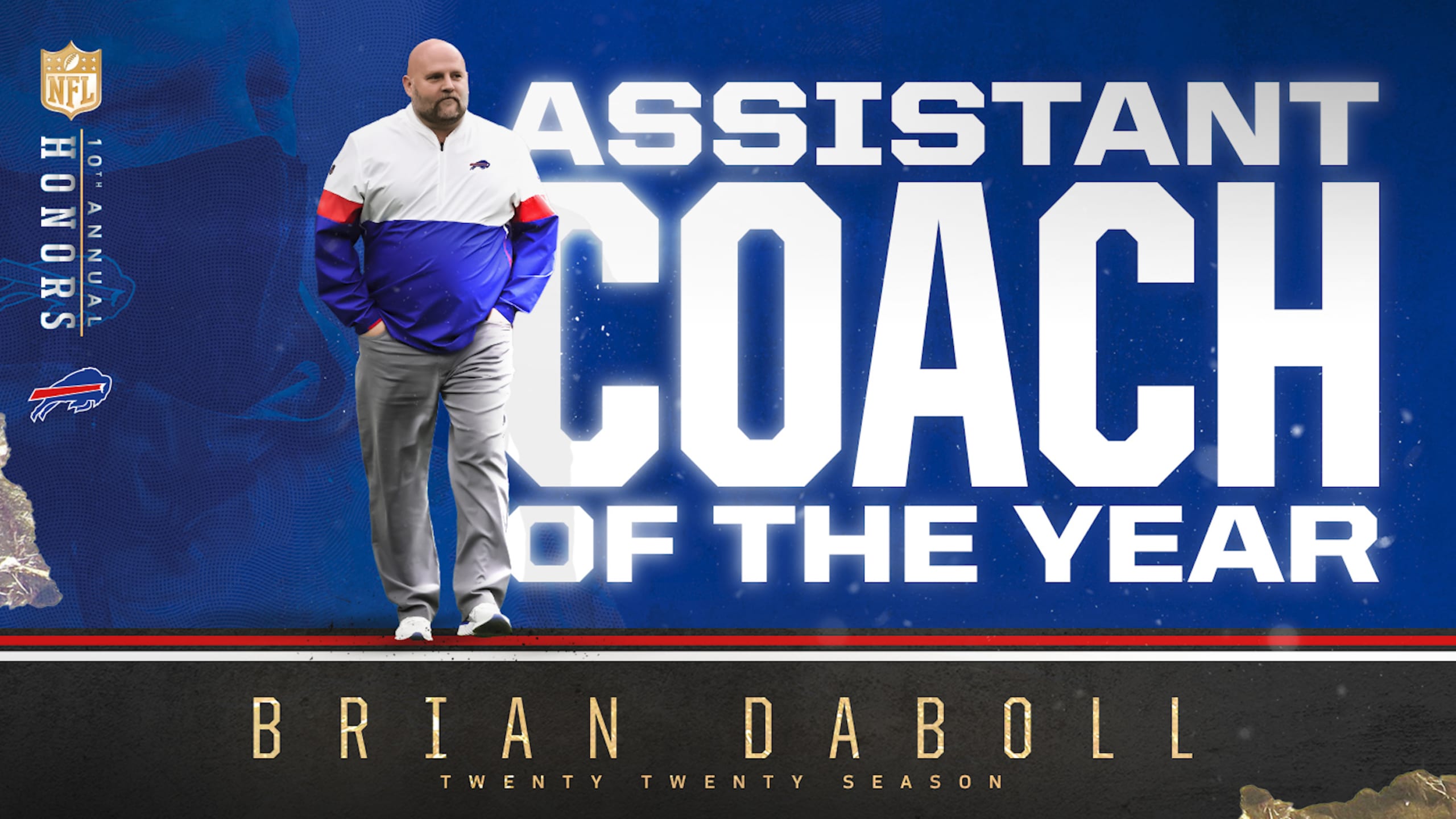 The honor sums up a season where the Buffalo Bills exploded on offense. Daboll oversaw a group that helped the team win 15 total games, grabbed an AFC East title and ranked second overall in the NFL averaging 396.4 yards per game. The offensive coordinator coached an offense that drastically increased their points per game average from 19.6 (23rd) points in 2019 to 31.3 (2nd) in 2020.

Under Daboll, the Bills set a franchise record for most points scored with 501 during the regular season. The group also scored a whopping 60 touchdowns. Daboll said it starts with the coaching staff and flows down to the players.

“We take a lot of pride in being smart, tough and dependable here at the Buffalo Bills,” Daboll said. “Guys that can play multiple positions, play at a high level with good intelligence and understand situational football. As a coaching staff we’re always going to have an aggressive, attacking mindset and that’s what we relay to our players, in particularly our quarterback.”

Daboll guided third-year quarterback Josh Allen to having his best season yet with the Bills. Allen set eight new franchise records including passing touchdowns (37), passing yards (4,544), passer rating (107.2) and more. The second-team All-Pro increased his completion percentage to 69.2% during the regular season, which is up from 58.8% in 2019. Allen also saw his passer rating grow 21.9 points to a rating of 107.2 during the 2020 season.

Daboll constructed an offensive scheme that brought out the strengths in Allen and involved several players. During the season, 13 different players recorded touchdown receptions, which ties the NFL record. Two of those 13 also led the NFL in different categories.

With Daboll’s coaching, the offense totaled nine wins by a margin of at least 10 points during the regular season.

.@BuffaloBills offensive coordinator Brian Daboll is the 2020 Assistant Coach of the Year!

Highest points per game in the AFC.
And a franchise record 501 points.

The winner of Assistant Coach of the Year is…

Brian Daboll has been named the 2020 Assistant Coach of the Year. pic.twitter.com/oRnY1JJwzg