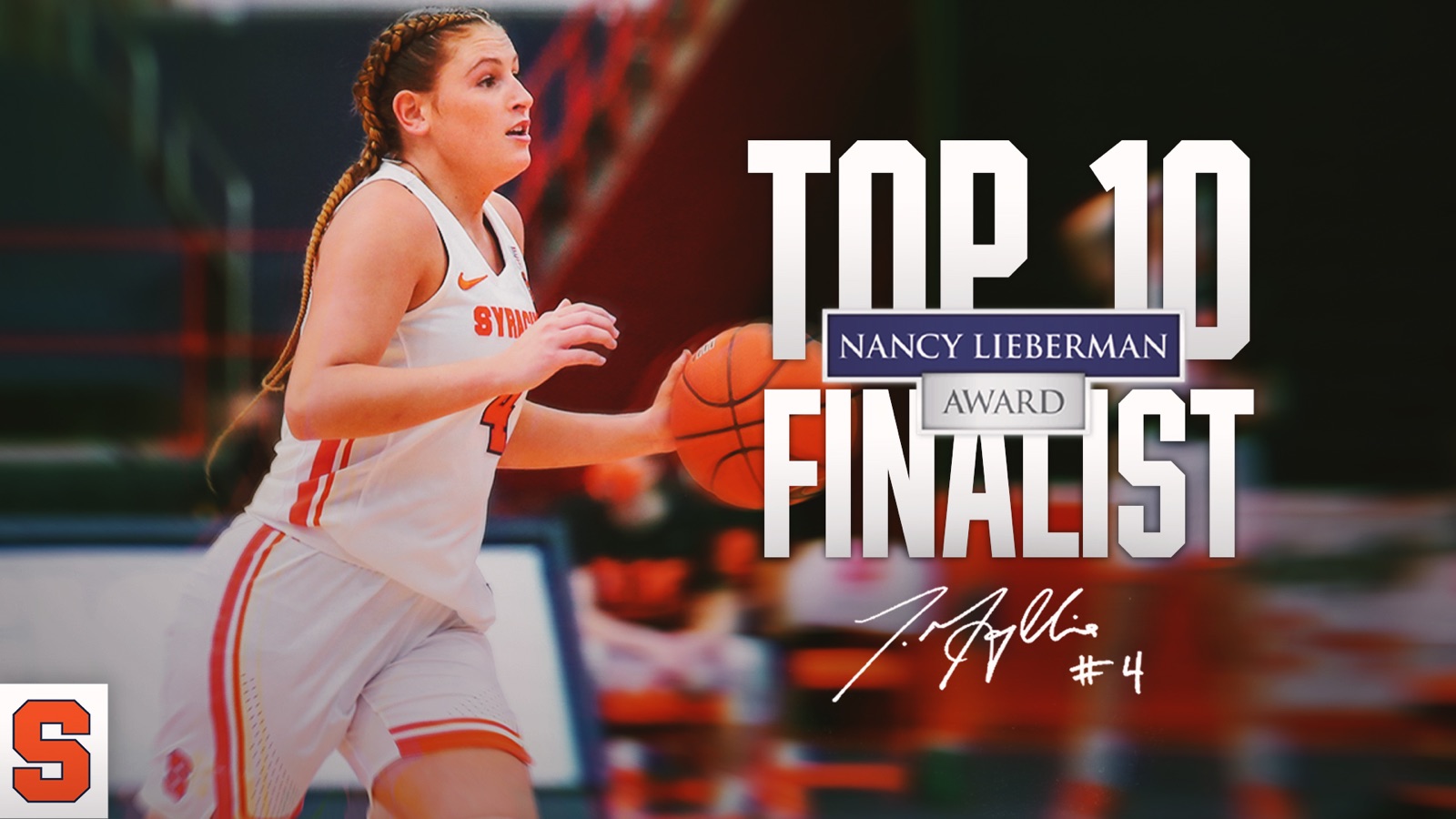 Tiana Mangakahia is a Nancy Lieberman Award Top-10 Finalist for the third time in her career. The Naismith Memorial Basketball Hall of Fame announced the list, which recognizes the top point guard in women’s NCAA Division I basketball, on Monday.

Mangakahia is second in the nation and leads the Atlantic Coast Conference in assists per game (7.8). She is the only player in the ACC to record a 10+ assist game this season, a feat she has reached five times. Mangakahia has three double doubles this season in points and assists most recently scoring 19 points, dishing 11 dimes and grabbing a season-high nine rebounds coming one board shy of her second career triple double against Notre Dame on Sunday.

The Brisbane, Australia native watched the 2019-20 season from the sidelines while courageously and publicly battled Stage 2 breast cancer. She return to the court for the first time in 615 days on Nov. 29 in Syracuse’s season opener against Stony Brook where she tallied a game-high 16 points, seven rebounds and three assists. Mangakahia has heated up as her comeback season continues. In the month of January she averaged 9.8 assists per game and shot 41.7 percent from the field.

Through 11 games, Mangakahia is averaging 10.4 points, 7.8 assists and 3.8 rebounds per game on a 9-3 Syracuse squad that is receiving votes in the Associated Press Top-25 Poll and the USA Today/WBCA Coaches Top-25 Poll.

Mangakahia has twice before been named a top-10 finalist for the Lieberman Award and was a top-5 finalist in 2019. To be considered for this prestigious award, candidates must exhibit the floor leadership, play-making and ball-handling skills of Class of 1996 Hall of Famer Nancy Lieberman.