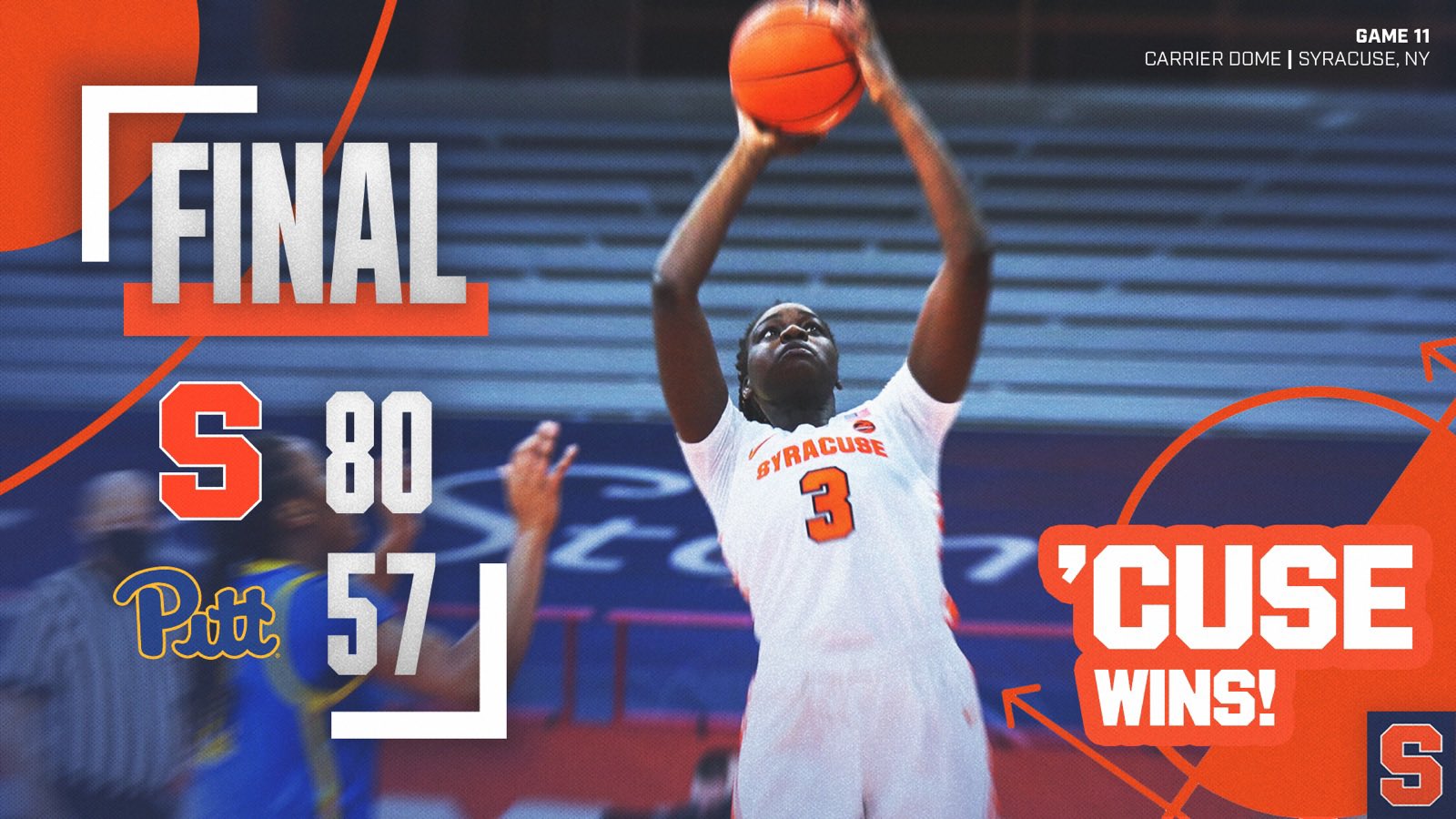 The Syracuse Orange women’s basketball team (8-3, 5-3 ACC) dominated the fourth quarter to declaw the Pittsburgh Panthers (4-5, 2-4 ACC) on Thursday night, 80-57. The Orange outscored the Panthers 27-12 in the final 10 minutes of the contest. Maeva Djaldi-Tabdi led all scorers with a season-high 17 points, 7-8 shooting, off the bench.

Back in the win column ❗️ pic.twitter.com/MjrX5iLMzO

Last shot of the game to clinch her fifth double double this season ?

Eight different Orange scored in the first half ?@Kiara23_ & @Kamillascsilva lead ? with seven points each. pic.twitter.com/gJwj1DpDDB