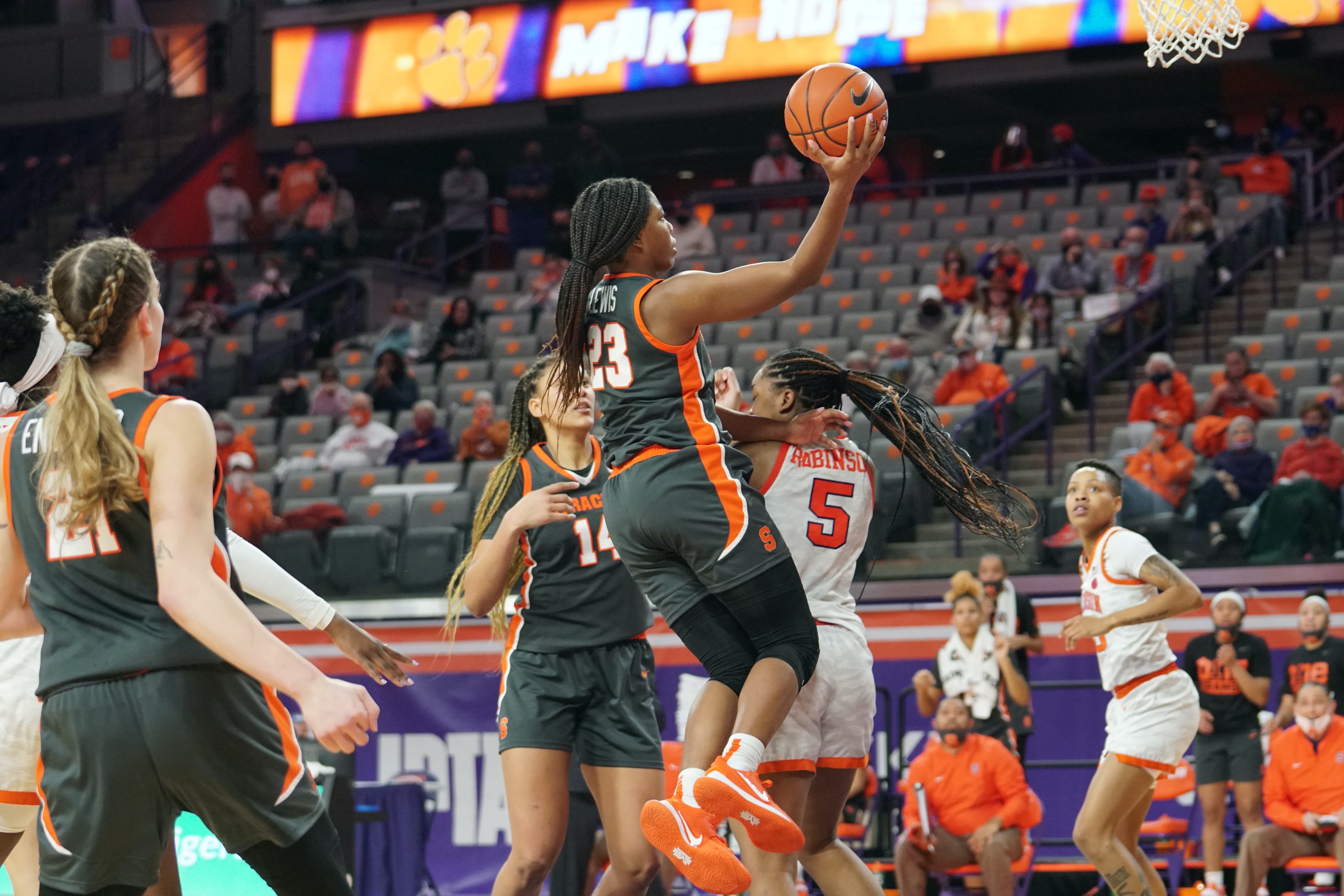 The Tigers senior guard hadn’t connected on a 3-pointer over her last three games, but she found her rhythm on Sunday and finished with a team-high 24 points with seven 3-pointers, including a clutch triple in overtime to douse the No. 23 Orange, 86-77.

Orange guard Kiara Lewis finished with a game-high 25 points, to go along with eight rebounds and three assists. Her perimeter shooting and ability to get to the rim sparked Syracuse’s comeback efforts.

2-2 in the last 8 days. We're back home for 2️⃣in the Dome this week. pic.twitter.com/7FENRjMkB8

After what nearly was the 4th largest comeback in NCAA D1 WBB history, @CoachQatSU joined me after today's 86-77 OT loss at Clemsonhttps://t.co/NklX1SQxTA

This @CuseWBB vs. @ClemsonWBB game is the ultimate tale of two halves. Syracuse trailed by 25 at halftime, but outscored Tigers 43-18 in second half to send it to OT. Now on ACC Network.