A day of change. Joe Biden has been sworn-in as the President of the United States. Follow along below with the latest from the nation’s capitol.

President Joe Biden called for unity after being sworn in to office as the 46th president of the United States.

The ceremony was held outside the Capitol on Wednesday afternoon.

Vice President Kamala Harris was also sworn in to office during the ceremony.

“As we look ahead. And our uniquely American way restless mode optimistic and set our sights on a nation we know we can be, and we must be,” Biden added. “We can see each other not as adversaries but as neighbors, we can treat each other with dignity and respect. We can join forces. Stop the shouting and lower the temperature for that unity.”

President Joe Biden signs #InaugurationDay proclamation, including nominations to Cabinet positions in the President's Room at the US Capitol after the inauguration ceremony.https://t.co/JSQcxzROJk pic.twitter.com/7hYXt6U3Z4

Former Vice President Mike Pence was the most prominent member of the Trump administration to attend. https://t.co/K554OQdg3k pic.twitter.com/XQGKtbY7gN 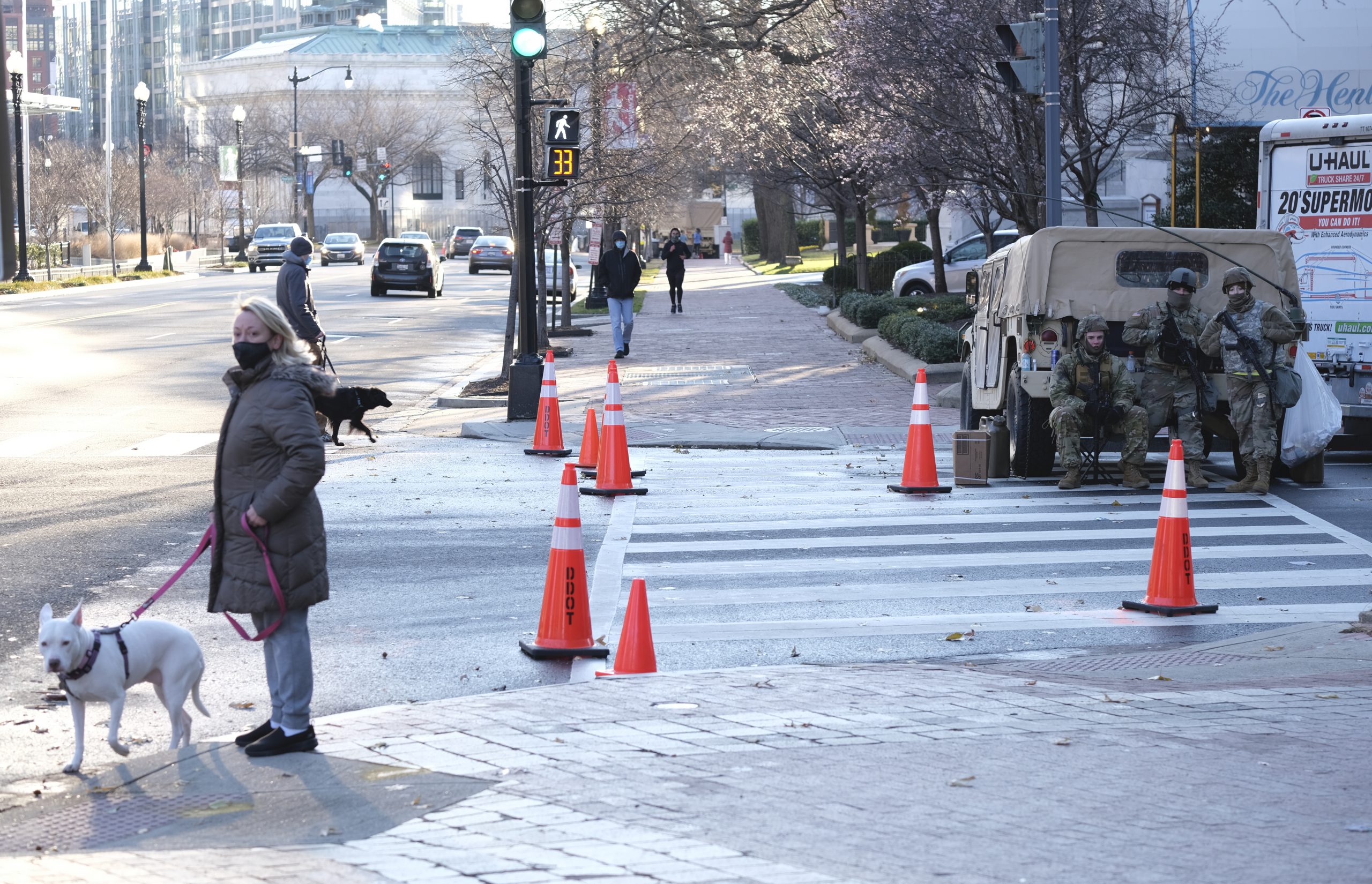 The D.C. area was prepared, but life was continuing as Inauguration ceremony approached. This photo was captured by Gabe Pietrorazio, National News Editor for FingerLakes1.com.

Today is supposed to be a celebration. Instead there’s only silence. The nation’s capital is currently on lockdown after 25,000 members of the National Guard trickled in from all across America ahead of Inauguration Day.

Only a handful of stragglers are walking throughout Washington, D.C. in the final hours of the Trump presidency.

The streets are bare and empty. Buildings and businesses are boarded up, an eerily similar scene that resembles a closed-off Election Day that decided the 2020 presidential noon.

Seventy-eight days later, a new president shall lead the United States of America.

At noon, President-elect Joe Biden is inevitably sworn into office, becoming the 46th president of the United States alongside his running mate Vice President-elect Kamala Harris, who shatters several barriers in her own right by becoming the first female Black, South Asian elected to serve as vice president.

Until then, National Guard and Capitol Police are posted along intersections, streets and sidewalks surrounding the U.S. Capitol and National Mall, serving as additional protection for the public in the aftermath of the fatal U.S. Capitol riot that ensued on Jan. 6.