Suspicious fire under investigation in Ithaca 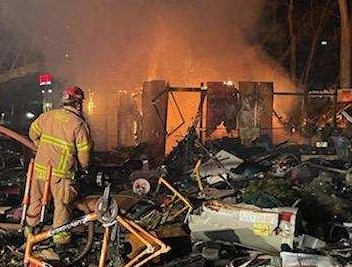 On Wednesday around 7 p.m. the Ithaca Police Department responded with the Ithaca Fire Department to an area known as the jungle after several 911 calls stated that there was a fire in the area closest to Harbor Freight Tools.

Upon arrival of first responders it was determined that a large encampment, which included several structures was on fire. The fire department worked to put out the fire, but there was no one inside the encampment area at the time of the fire.

No injuries were reported. The resident of the encampment was eventually located and offered housing for the evening.

IPD responded to assist and at this point, the fire has been labeled suspicious. Anyone with information that may help with the investigation is asked to call 607.272.9973.