Steuben County Legislator Steven Maio was recently indicted among four other men following an investigation into a sex trafficking ring.

The Evening Tribune reports that Larry J. Comfort Sr. and Larry J. Comfort Jr., both of Elmira Heights, Jonathan F. Hamilton of Elmira, Michael L. Stratton from the Town of Corning, and Steven P. Maio of Corning were all charged with an array of felonies following the investigation.

Maio is a legislator in county government, and previously served on Corning City Council. He was charged over the summer with soliciting a prostitute.

State Police originally received a tip about the trafficking ring. Surveillance and interviews were conducted to put together a case for a grand jury. More than 30 charges were filed against the suspects, including Maio.

Steuben County District Attorney Brooks Baker did not get into specifics of the case, but noted that it was unusual.

“This is not the type of case we expect in places like Steuben and Chemung counties. Sex trafficking and criminal enterprises are supposed to be urban problems,” Baker said in a news release. “This investigation proves that simply isn’t the case, that it can happen anywhere, even in our own communities.”

All of the men were taken into custody. Maio was released on his own recognizance.

“I was shocked to learn today that Steuben County Legislator Steve Maio had been charged in connection to an investigation into a sex trafficking ring,” Steuben County Republican Chairman Joe Sempolinski said. “Mr. Maio has been charged with felonies related to his alleged participation in horrific criminal activity alongside some of the most notorious criminals in Steuben County history. He is an utter disgrace to his office, profession and Steuben County. He needs to resign his office immediately. Not tomorrow. Not later today. Immediately.” 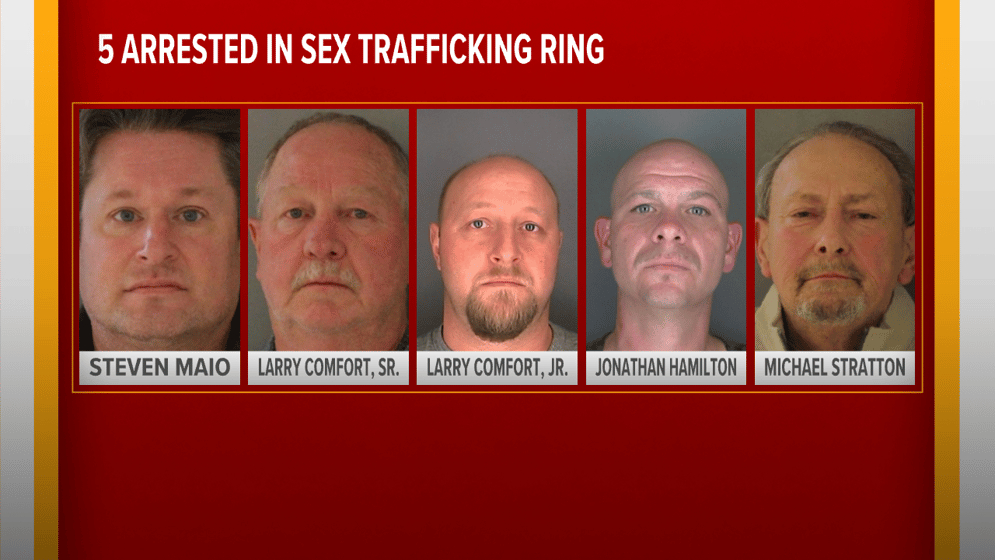