Over the past summer, the Hobart men’s basketball team introduced a new member to their coaching staff, Ben Horwitz. Coach Horwitz previously spent six seasons as a team manager for Syracuse University’s men’s basketball team, four years as an undergraduate and two as a graduate. There he was able to learn and work under the successful hall of fame coach, Jim Boeheim. During his time at Syracuse, Horwitz had the opportunity to learn more about the game on the court from Boeheim, as well as how to interact with players off the court.

From the moment coach Horwitz became a member of the Syracuse men’s basketball coaching staff, it was easy to understand why Coach Boeheim has had such a successful track record. Horwitz described Boeheim’s coaching style as “fearless, competitive, and even at an older age he still had that fire in his eyes”. He was intense, and demanded a certain standard from all of his players. Yet no matter how hard he coached on the court, Boeheim was easy going, giving his players some slack and flexibility outside of basketball.

One of the biggest takeaways Horwitz had from observing coach Boeheim was his loyalty to the players and staff. Whether he had a five star recruit or an average walk on player, he coached and respected his players equally.

Transitioning from a large university to a small liberal arts college was a shift that Horwitz was able to adjust quickly to. At Syracuse with numerous coaches on a roster, Horwitz’ responsibilities were much smaller and focused on specific areas. This may have involved one or two jobs such as taking statistical data or doing individual workouts with players. Whereas now at Hobart, he’s had the ability to work a variety of jobs such as recruiting, skill work, lifts, and have his own coaching input. 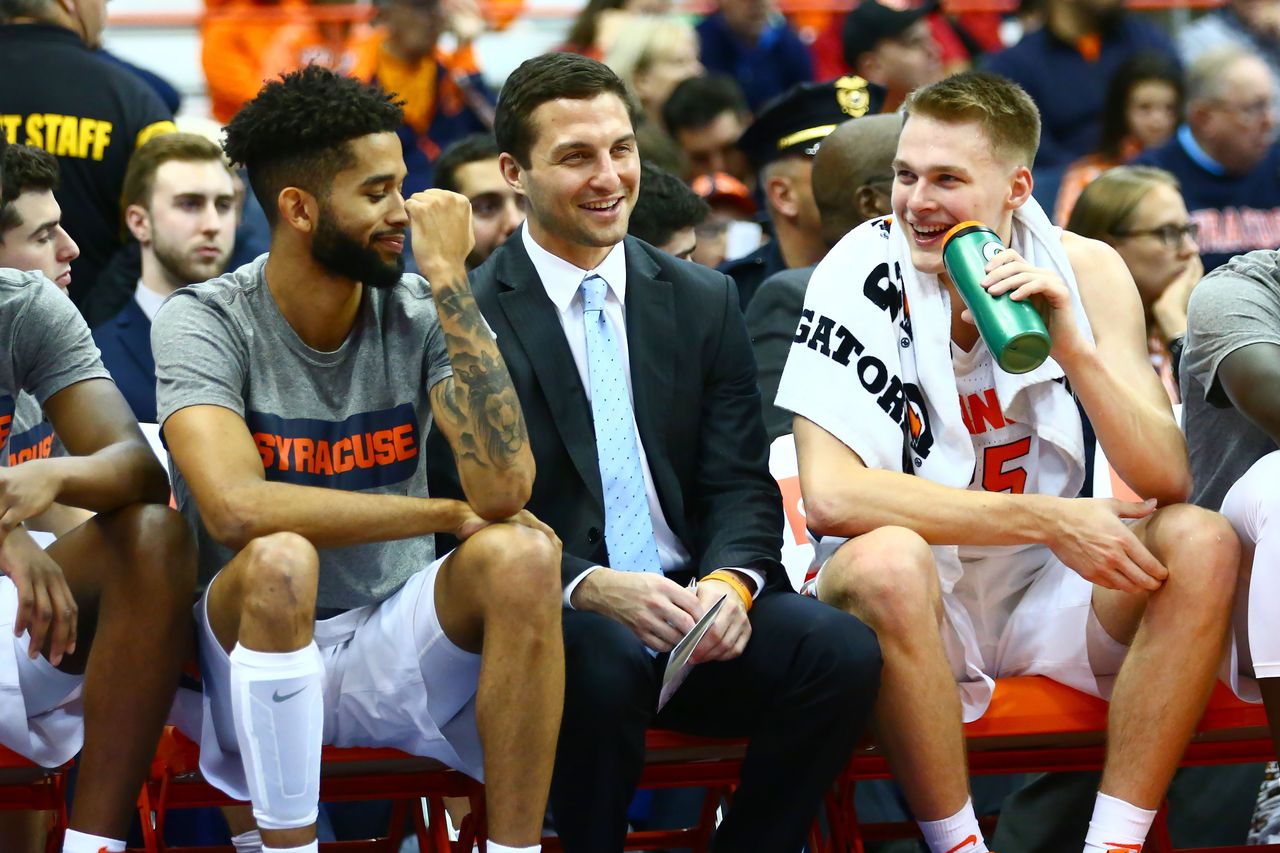 This expansion of responsibilities and ways to be involved within the team has proved rewarding over the past fall, as he’s developed relationships with the rest of the players and coaches. Horwitz has enjoyed this point of contact, being able to work directly with the players and understand each individual’s strengths, weaknesses, and ways to improve moving forward. These interactions don’t end on the court, as he looks to help players with internships, networking, and anything else they’re in need of.

Taking what he’s learned from his time spent at Syracuse, coach Horwitz looks to help the Hobart basketball program and continue to learn more about the game. With head coach Stefan Thompson having set the foundation and principles, Horwitz looks to mirror this and help propel the program to new heights. His mindset moving forward was simple, “embrace the challenges we face and find ways to get better in every way we can”. With an already canceled season, there’s going to be plenty of challenges and opportunities to improve and prepare for next year.

Andrew Lynch is a student-athlete at Hobart-William Smith College in Geneva and is currently serving an internship at FingerLakes1.com.