Recently Hobart and William Smith Colleges announced the cancellation of all winter sports. For myself and the rest of the Hobart men’s basketball team this was difficult news to hear, but the respect and appreciation we gained for one another was even greater.

Over the past few months we’ve been preparing as we would for any other season. Lots of late night practices and multiple weight lifting sessions throughout each week. There was a certain level of intensity and anticipation that is different from most Division 3 programs. If anyone walked in our gym they’d hear the loud, constant communication
and see the fast paced movement on both ends of the floor

As a sophomore on the team, I had the opportunity to be a part of the deep NCAA tournament run made last year that broke the record books for Hobart basketball, advancing to the NCAA DIII Sweet Sixteen. It was the deepest tournament run in Hobart basketball history and ended with our squad being ranked the best defensive team in the country. That team was led by a strong junior and senior class, along with a supporting cast of underclassmen.

Coming into this season our team consisted of 14 returners which included seniors Dan Masino, Jack Lesure, Oskar Coulter, and Julien Sy. Each exemplified what it meant to be a Statesman and helped propel the program forward. 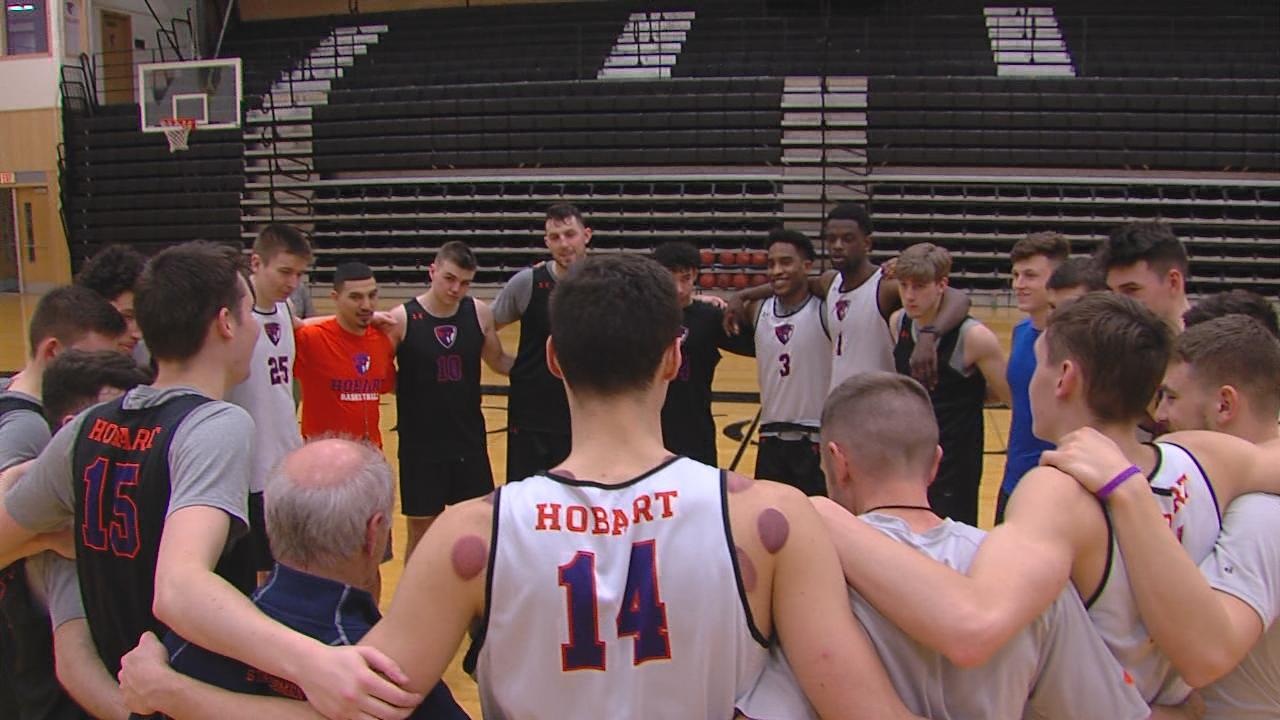 Personally, after putting in all the work this summer it was definitely disappointing to not get back on the court with my teammates. Yet with less than two weeks before we all leave for break, I’ve been able to enjoy competing in practices and scrimmages even though we don’t have much more time together as a team.

Unfortunately we won’t get a shot at achieving our goal this year: winning a national championship. But the relationships and connections built over the past year have provided us strength along with the leadership of head coach Stefan Thompson, we look forward to making program history once again.

Since the day Stefan Thompson became our head coach, he has preached a series of principles for us to keep in mind both on and off the court. They’re called the five pillars, they consist of respect, unity, multiple efforts, bigger than basketball, and pride. Our team and coaches have embodied these values whether during a game or in class, and it’s become a staple in our program.

This is the first in a series of posts here at FingerLakes1.com by Hobart-William Smith junior Andrew Lynch who will be sharing his perspective and the stories of other student-athletes at HWS.

Andrew Lynch is a student-athlete at Hobart-William Smith College in Geneva and is currently serving an internship at FingerLakes1.com.