Bills that were introduced in both the New York State Senate (S7065) and the Assembly (A01589-A) will require that before any sale, exchange or disposal of a firearm, rifle or shotgun, the purchaser must pass a mental health examination. No exemption for hunters. No exemption for target shooting. No exemption for self-defense. No exemption for…anything. Violators would face a non-violent Class D felony charge. (Some other non-violent Class D felonies in New York include robbery, burglary and vehicular manslaughter, so this is serious business.) If you are convicted of this felony, you face up to 7 years in prison, lose your right to own a firearm and your right to vote. (Of course, if you won’t vote anyway, what difference does the latter mean to you?)

Fail the test and you face a huge legal bill for lawyers and expert witnesses to challenge the denial in court. Of course, NY State will use your tax dollars to fight you and will act as if they have bottomless pockets. Guilty until you prove your innocence (or to be precise, prove your sanity). 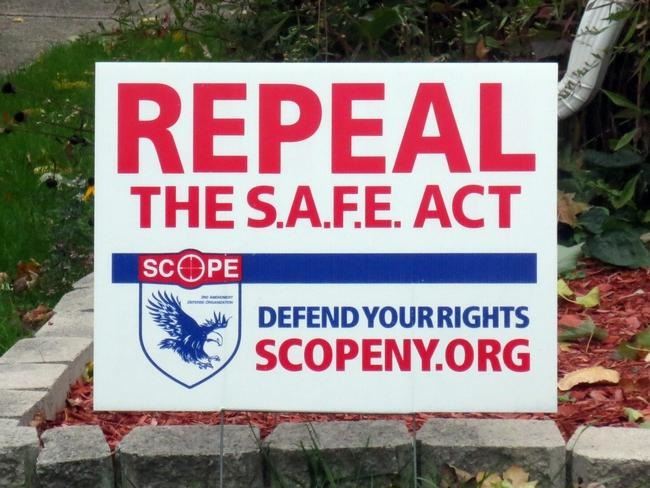 The bill does not address what happens to guns that you already own if you fail the mental health test. A “loophole” to be closed by future laws? Cuomo’s China Virus lockdown got you feeling a little depressed? Best not to mention that issue if you want to keep your guns. (The left wanted drugs decriminalized so there would be no impediment to drug addicts seeking help. If you are a gun owner, the same logic does not apply.)

The bill does not address stopping criminals from buying guns illegally, which is how most criminals get them.

The bill does not address if you must again take the test if you recently passed the mental health test. (But other pending bills like S01275 will limit how often you can purchase a gun, anyway, so it will not be a problem.)

Expect a future law, once the psych door is open, which says your mental health exam must be renewed every few years. Exaggeration? Before the SAFE Act, pistol permits had no end date but now they must be renewed. (Retest to make sure the gun owner hasn’t mentally degenerated.)

Are the costs of a firearm, ammunition and a hunting license putting a financial squeeze on you? Wait until you see what a “Mental Health Professional” charges for administering the exam! (The law does not limit what they can charge.) And if that is not enough, NY Assembly bill A00095 wants to force you to buy liability insurance. (Don’t count on any of this being tax deductible, to ease the financial burden.) The purpose of gun control is not to stop criminals but to increase government control and power. Want proof? As of January 1st, Governor Cuomo and his radical left friends implemented a law that allows violent felons to walk free until their trial – without even posting a bond. If Cuomo was really interested in stopping criminals, shouldn’t there be a mental health exam for people already accused of a crime and in jail, before releasing them to endanger the law-abiding public?

Using mental health issues was a favorite trick of socialist icon Joe Stalin. Oppose him and you were sent to Siberia or an insane asylum. One had to be crazy to want to go to Siberia, so opposing Stalin was ample evidence to commit anyone who opposed Stalin to an insane asylum.

The first step in stopping this insanity is to vote the NY Senate away from the gun grabbing New York City liberals who propose these worthless laws. That would require gun owners to vote, which brings us back to the original problem that many gun owners won’t vote because no one is coming for their weapons…yet.

Have a letter to the editor, op-ed, or other piece of content you’d like to see published on FingerLakes1.com? We’re here to help! Submit it to news@fingerlakes1.com with your contact information and we’ll publish it in our new ‘Community Voices’ section.