After unemployment numbers spiked for the first time in two weeks, a new WalletHub study shows that overall figures are still 84% below pandemic peak.

COVID-19 is still raging across the U.S., which has led some states to temporarily pause their reopening processes or even close down some of the businesses that previously reopened.

The U.S. experienced more new unemployment claims last week than the previous week, a 14% increase, which shows that we’re in a saw-toothed shaped recovery.

There are currently 16.3 million Americans unemployed due to the COVID-19 pandemic in total. Last week, there were 1.1 million new unemployment claims nationwide, which is a lot fewer than the 6.9 million during the peak of the pandemic.

To identify which states’ workforces are experiencing the quickest recovery from COVID-19, WalletHub compared the 50 states and the District of Columbia across three metrics based on changes in unemployment claims.

For New York, the study found that the state had recovered 19th most out of all states, but only 27th most in the last week – signaling the slowdown in economic recovery.

There were 62,397 claims during the most-recent week reproted in August, compared to just 12,088 during the same week last year. It represents a 416% change year-over-year. However, New York’s economy is getting closer to jobless claims that align with pre-COVID numbers. 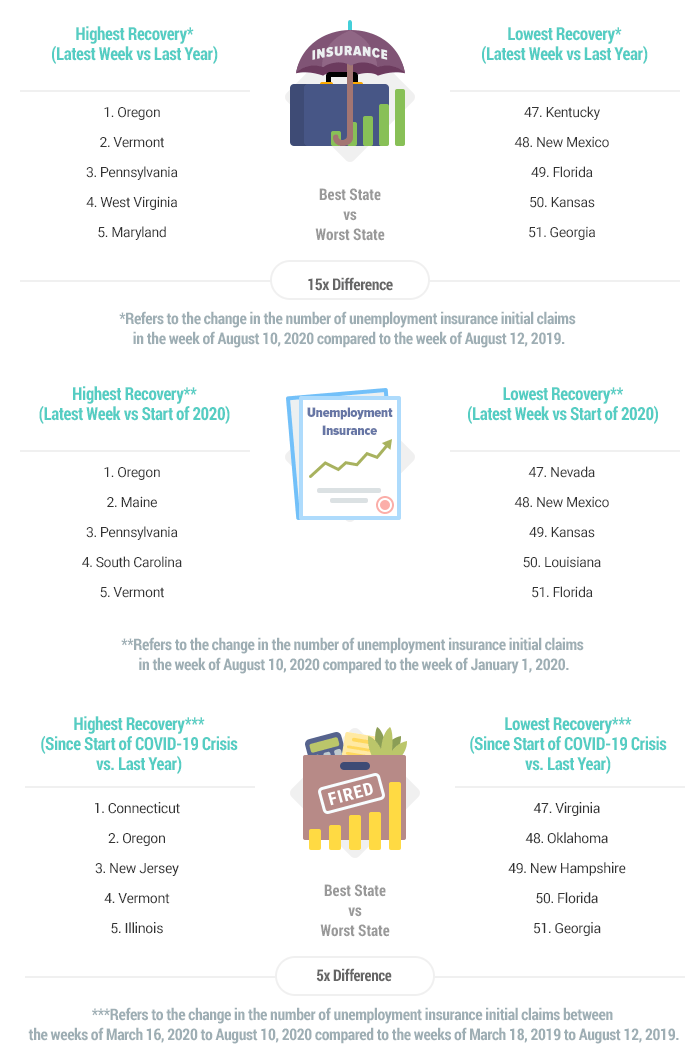