Over the weekend the planned Black Lives Matter rally was held in Seneca Falls at People’s Park.

The event, which was featured in a recent podcast on the FingerLakes1.com network was the Town’s first public event in support of Black Lives Matter since the death of George Floyd.

A growing number of protests and rallies have been held in communities of all sizes across the U.S.

In Seneca Falls, like everywhere else, people are grieved and outraged by the killings of Floyd, Breonna Taylor, Tony McDade, Ahmaud Arbery, Philando Castile, Sandra Bland, Tamir Rice, Eric Garner, Stephon Clark, Botham Jean, Michael Brown, Corey Jackson, Trayvon Martin and so many others,” said Emmerich Hauf, a rally organizer. “We want to give people a chance to say loudly and clearly that Black Lives matter, because so often in our history down to today black lives have not been valued.”

Check out photos from the event below by Greg Cotterill, of Finger Lakes Daily News: 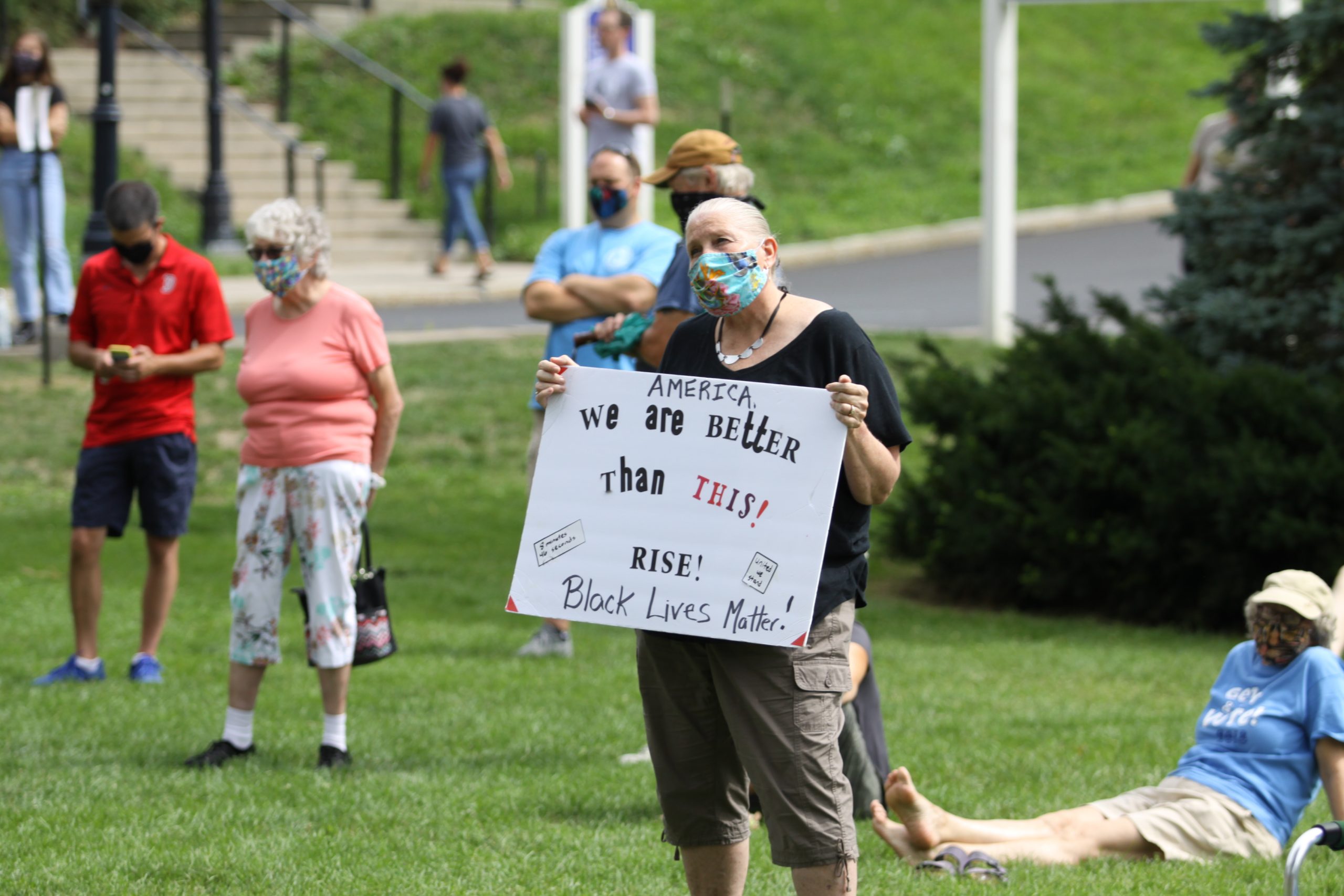