Update on standoff in the city of Geneva: Subject, PD apparently in midst of lawsuit

Police in Geneva have confirmed that a 34-year-old was taken into custody after a lengthy standoff on Genesee Street.

Part of it was shut down for hours as police worked the scene, communicating with Collin Hennessy, who was inside the residence.

In all it lasted 14 hours, and began around 9:30 p.m. on Sunday. By the time it concluded on Monday, Passalacqua told the Finger Lakes Times that Hennessy was upset and appeared to be distraught.

The street was closed between Avenue A and Wilbur Avenue. Neighbors sheltered in place as police from three agencies remained on-scene.

Passalacqua told the FLT that Hennessy was communicating with police every hour from approximately 10 p.m. on Sunday until 4 a.m. on Monday. During that period a negotiator was brought in from the Ontario County Sheriff’s Office.

An emergency response team responded to the scene around 9 a.m. Officers were situated around the area at that point. The home is across the street from Uncle Joes restaurant.

Passalacqua told the FLT that Hennessy was charged with felony criminal possession of a weapon. No other details were released by GPD after the incident. 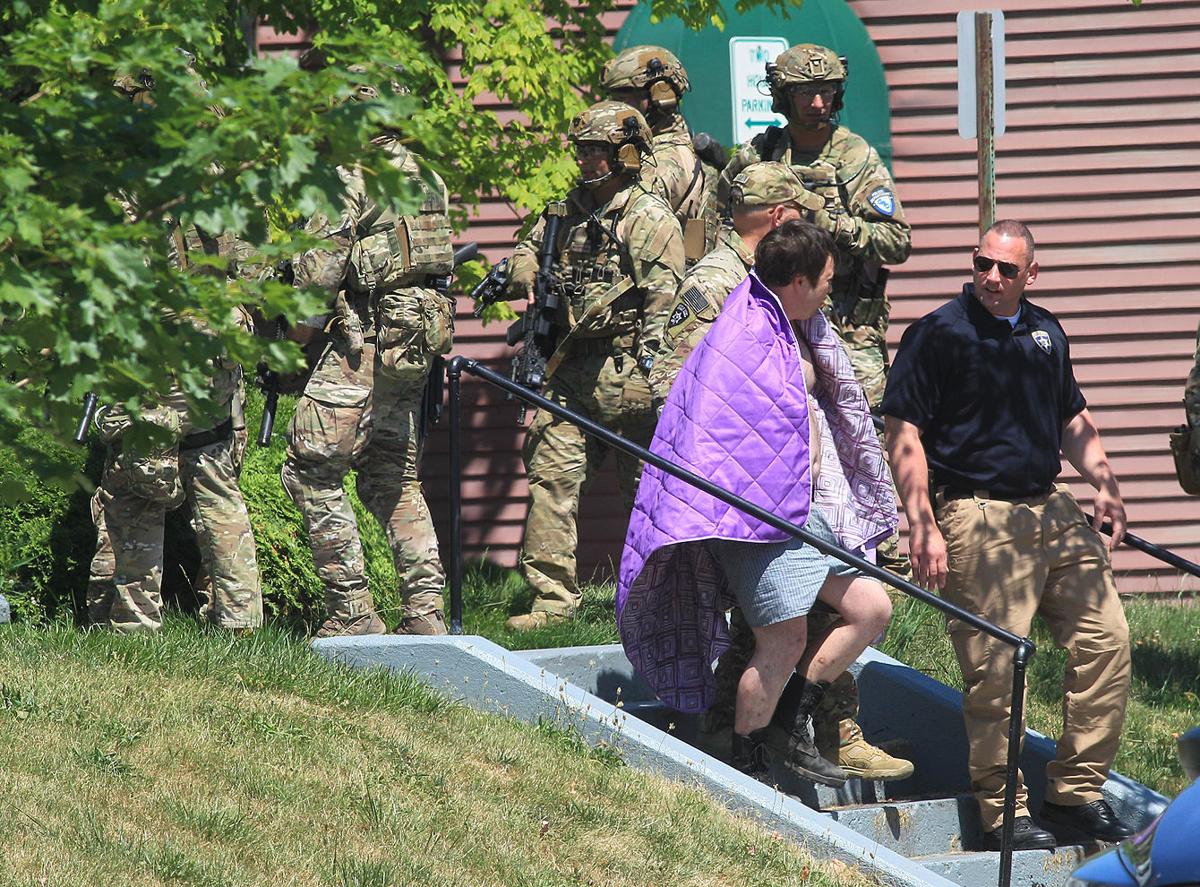