A local car dealership has taken action after one of its employees was accused of using racist language in a social media post.


Mark O’Connor, the president of O’Connor Chevrolet, said comments like those posted by the employee will not be tolerated.

“With regard to the Reddit Rochester post some of you may have seen, at O’Connor Chevrolet we value respect, integrity, diversity, and inclusion,” O’Connor said. “We do not tolerate racially insensitive or abuse statements and actions as they do not represent what O’Connor Chevrolet stands for. We believe strongly in respect and equality for all people including our customers, vendors, community members, and fellow employees.”

He noted that the issue remains under investigation. 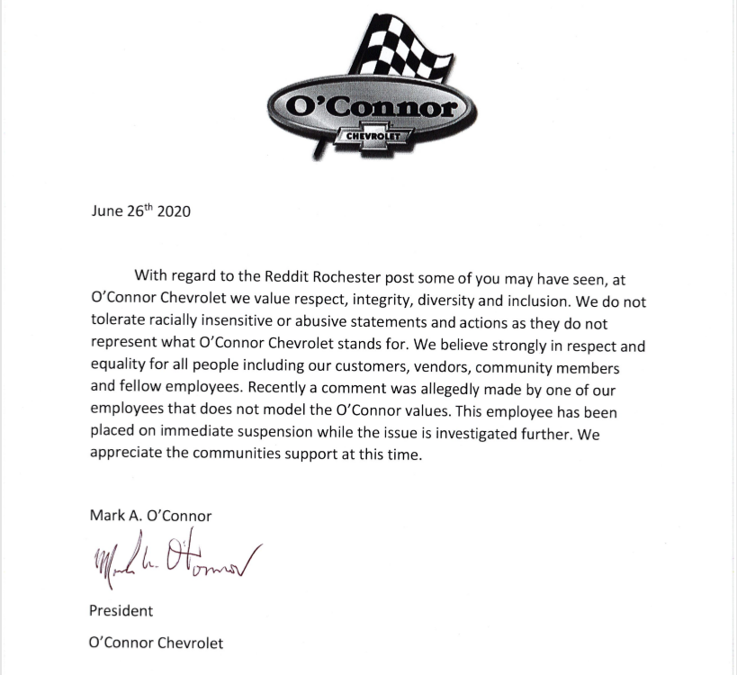