Former Buffalo Bills running back Taiwan Jones appears to be rejoining his old team. According to Mike Garafolo of NFL Network, Jones agreed to a one-year deal to join the Bills on Wednesday afternoon. 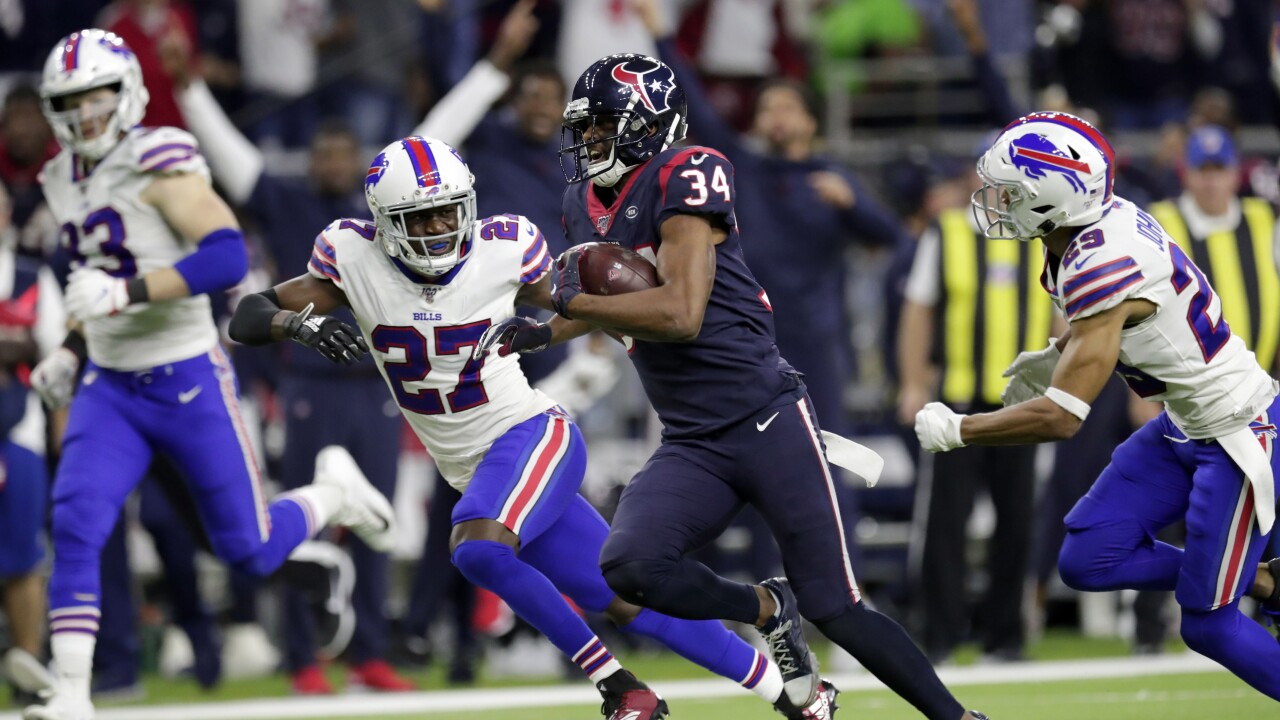 Jones spent last season with the Houston Texans, rushing nine times for 40 yards. Most notably, Jones was on the receiving end of the incredible play from Texans QB Deshaun Watson in overtime of the Wild Card game that essentially ended the Bills season.

Before joining Houston, Jones spent two seasons with the Bills, playing a big role on special teams. The 31-year-old running back will likely have a similar role if he makes the team out of training camp.

He's back! Taiwan Jones reunites with Bills after one year in Houston. https://t.co/RfJilhZeuJ

Taiwan Jones once gave up his forehead for the Bills. Now he's coming back. Tough dude. Really good person. Look forward to covering him again. pic.twitter.com/Ik6YpKZ7gq