The Hobart College lacrosse team scored six goals in the fourth quarter to post a 16-9 victory over Binghamton this afternoon on Boswell Field at David J Urick Stadium. The Statesmen improved to 4-1 overall this season, and the Bearcats fell to 1-5. 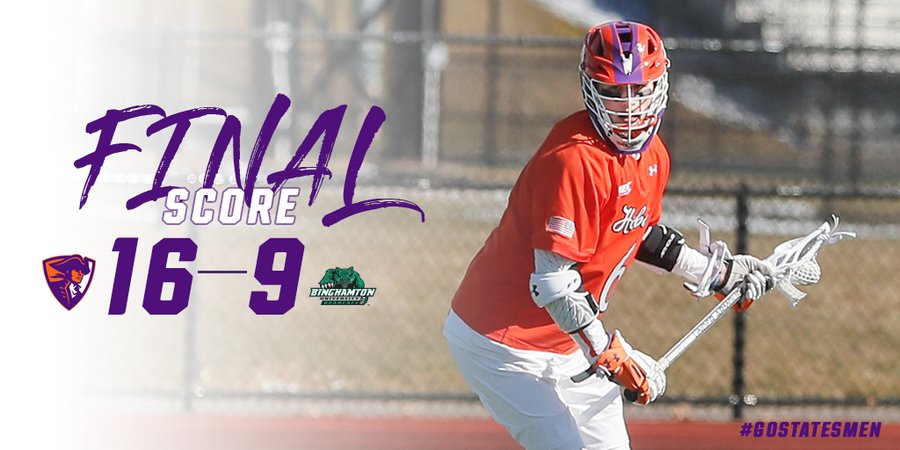 Hobart won 19-of-28 faceoffs. Junior Drew Blanchard won 12 of the 16 faceoffs he took, and scooped up a team-high five ground balls. First-year Adam Shea won 7-of-12 faceoffs, and picked up four ground balls. Senior Sam Lucchesi made 15 saves to earn the win in goal, and scooped up one ground ball. Lucchesi is now third on Hobart’s Division I era list with 17 wins.