In a final two-lap scramble that ended with a multicar crash on the frontstretch at Las Vegas Motor Speedway, Joey Logano found a way to defend last year’s victory in Sunday’s Pennzoil 400 NASCAR Cup Series race.

Logano sped away after a restart on Lap 266 of 267 and led runner-up Matt DiBenedetto to the finish under caution to win for the second time at Las Vegas, the first time this season and the 24th time in his career, breaking a tie with Ricky Rudd for 35th all-time. 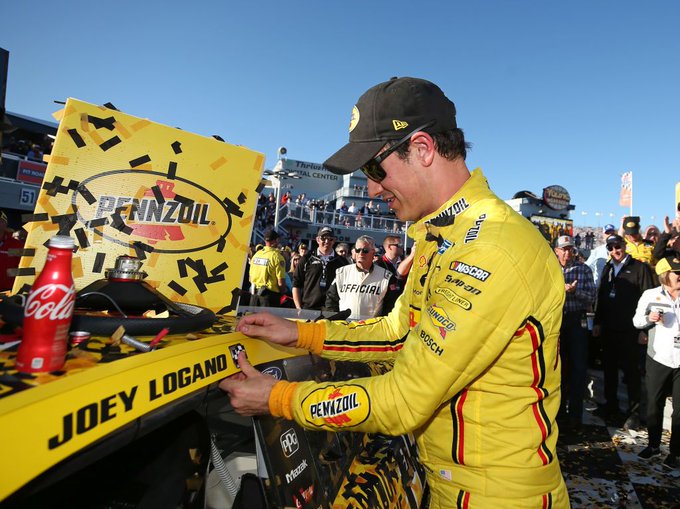 Logano was one of seven lead-lap drivers who stayed out on older tires when Ross Chastain’s spin in Turn 2 brought out the eighth caution of the afternoon on Lap 261. That yellow flag changed the complexion of the race.

A ? sure feels good for @joeylogano!

Today’s winner at @LVMotorSpeedway checks in from Victory Lane! pic.twitter.com/ZHtGSXpzGd