Kyle Okposo scored both goals for the Buffalo Sabres to extend his point streak to four games and Jonas Johansson earned his first career NHL win as the home team defeated the Winnipeg Jets 2-1 at KeyBank Center on Sunday.

Johansson, making the third start of his career, made 25 saves for the W. The AHL All-Star is now 1-1-1 in four NHL appearances. 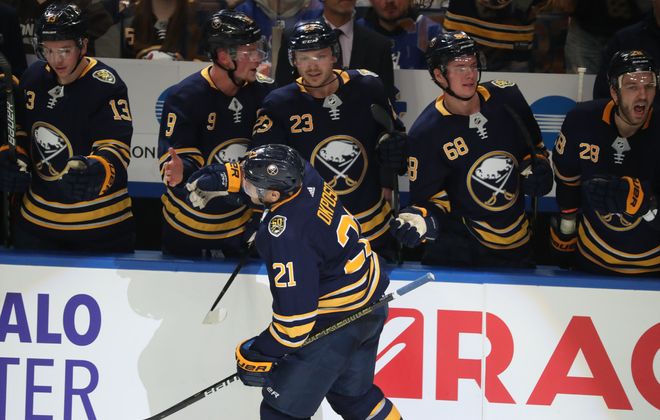 Okposo has four goals and an assist during his streak. Sunday’s contest was his 16th career multi-goal game and his first since March 31, 2018.

Zemgus Girgensons recorded two assists to give him three points (1+2) in two games this weekend. The Sabres were coming off a 5-2 road victory over the Pittsburgh Penguins on Saturday.