Sabres bounce back with win over Red Wings 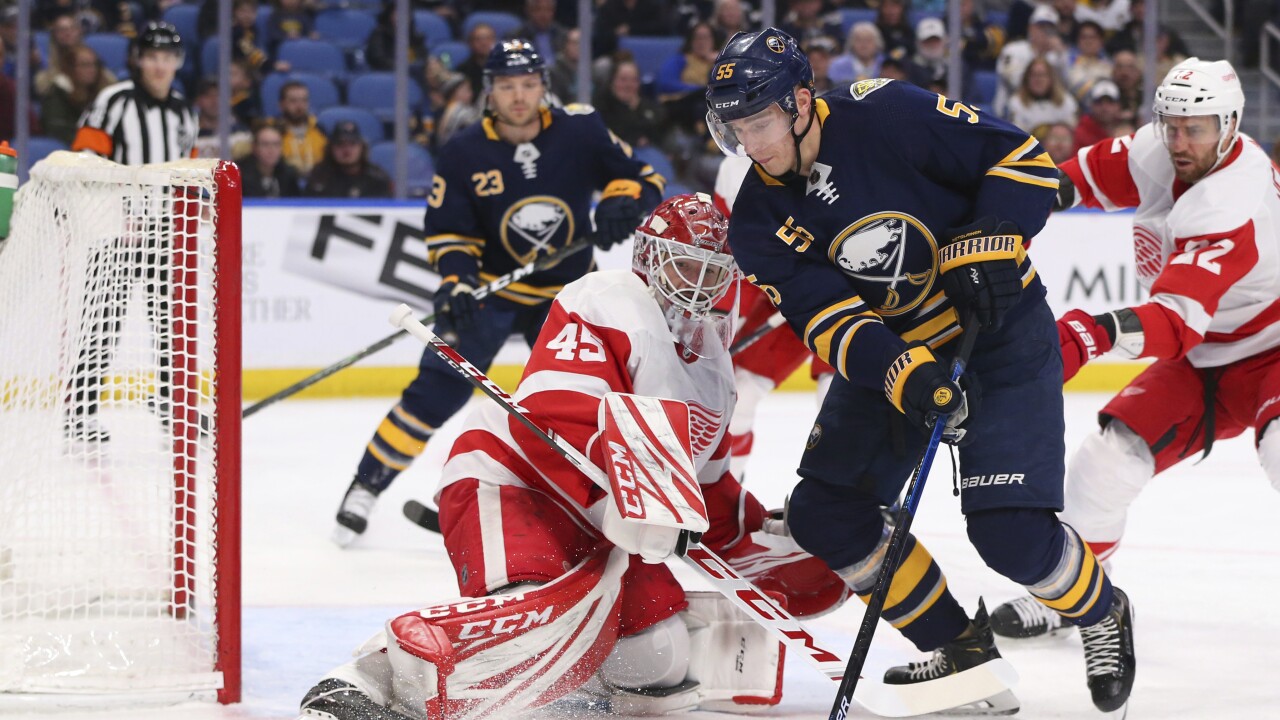 The two teams traded goals early. The Red Wings struck first with a goal 27 seconds in when Helm tallied. Then Buffalo got right one right back when Sheary scored at the 1:03 mark.

Then 1:32 into the second period, Sheary had a chance to give Buffalo the lead, but missed on a penalty shot opportunity. The Red Wings capitalized on another shot by Helm 7:02 into the middle frame to make it 2-1.