On Thursday the Geneva Police Department executed two search warrants in the city resulting in a massive seizure of drugs, currency, vehicles, and a weapon.

Felony charges have been filed, and additional charge are pending.

While a suspect was not named in the initial press release by police – they say he’s in custody on other outstanding charges and is being held without bail.

The Geneva PD reports that the case remains ‘very active’ and an ongoing investigation. Additional felony charges are pending.

“To date, this is the largest seizure of narcotics and U.S. currency in the story of the Geneva Police Department,” Geneva PD said in a press release. “We remain committed to fighting back against the dangerous drugs which are being trafficked within our city.”

Police said that $162,000 of currency, as well as two kilos of cocaine, more than 20 pounds of marijuana, three vehicles, and handgun were all seized.

Additional information is not being released at this time due to the active nature of the investigation. 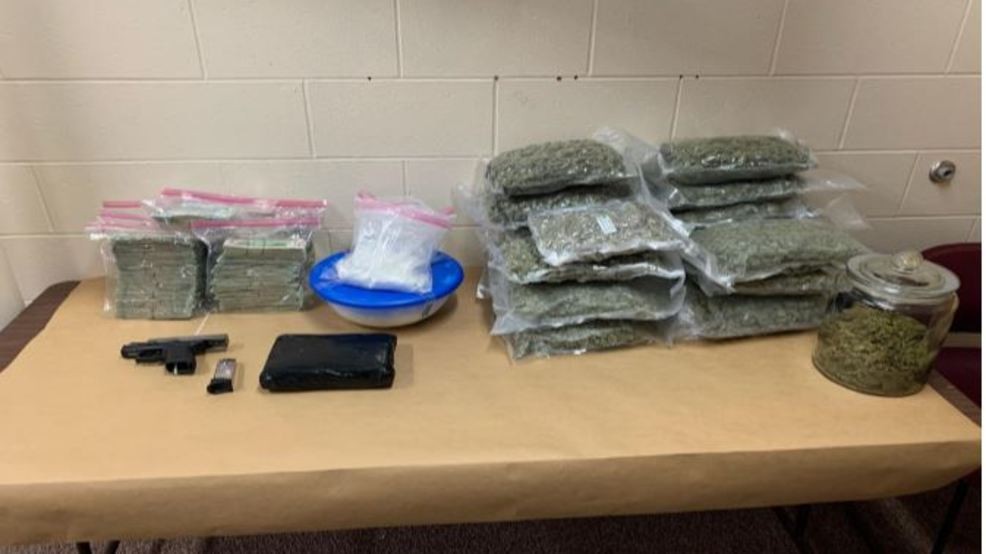