Linus Ullmark was helped off the ice with an apparent injury midway through the third period on Tuesday in the Buffalo Sabres’ 5-2 loss to the Ottawa Senators at KeyBank Center.

The Sabres goaltender had made 30 saves when he fell awkwardly in the crease as the play went around the net with 9:32 remaining in the game. The officials stopped the clock and he was replaced in net by Carter Hutton, who made four saves in relief. 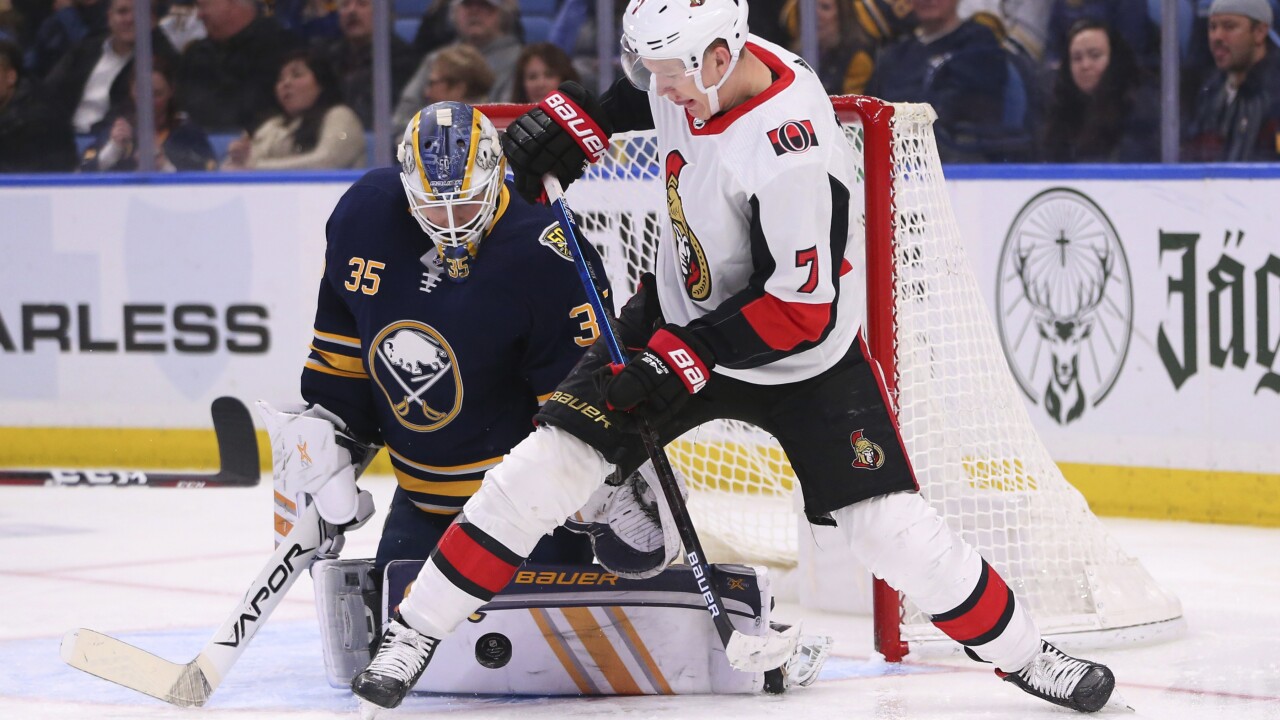 The Senators, who entered the game with the 31st-ranked power play in the NHL, went 3-for-4 with the man advantage to lift them to victory.

The Sabres power play went 1-for-4 on the night, including one opportunity with under 4 minutes to play in regulation. Hutton headed to the bench with about 40 seconds remaining on the power play, but the Senators scored on the empty net with 2:06 remaining.