The order impacts over 70,000 tipped employees and will end confusion and outright wage theft that evidence shows robs them of tipped income they rightfully earned, the Governor said.

“In New York, we believe in a fair day’s pay for a fair day’s work,” Governor Cuomo said. “But after an exhaustive investigation conducted by the Department of Labor, it’s clear the tip system in many situations is needlessly complicated, allowing unscrupulous businesses to flout our nation-leading minimum wage laws and robbing workers of the paycheck they earned. That ends now. I am directing the labor department to put an end to the tip credit in the industries with the highest risk of wage theft to help restore fairness for workers, many of whom are critical to the service industries that keep our economy moving forward.”

The elimination of the tip wage for miscellaneous industries will be phased in over a one-year period to give employers an opportunity to adjust.

The ending the State’s tip credit for miscellaneous industries — bringing those workers up to the current minimum wage — comes as the Department of Labor released a report and recommendations after conducting hearings and receiving testimony from individuals across tipped industries. 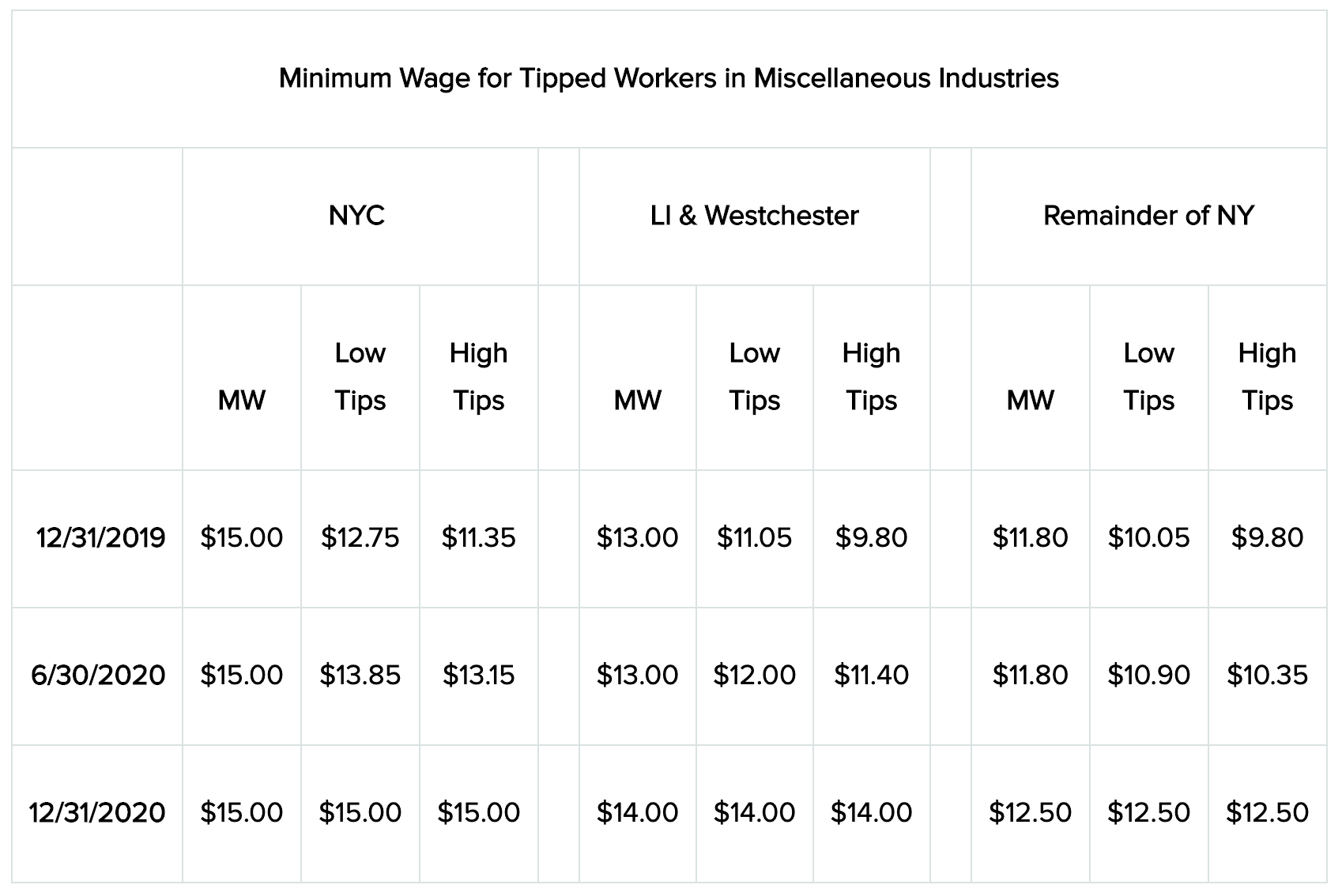