Rushville man claimed his dog was a stray, turned it over to Humane Society

A Rushville man was arrested on one charge, and will face more after he falsely turned in a pet dog, claiming it was a stray.

The Ontario County Humane Society reports that on December 21st at approximately 2:10 p.m. Matthew Belke, 32, of Rushville brought a male Australian Shepherd to the humane society. He claimed that the dog had been found as a stray, without a small harness.

At that point, Belke signed all necessary paperwork to turn the dog over as a stray and left the shelter.

A Facebook check showed that Belke owned the dog for at least six years.

An investigation was initiated with the Ontario County Sheriff’s Office and it was determined that Belke knew the origin of the dog and turned it over to the Humane Society using false information.

He was charged with making a punishable false written statement and will appear in Hopewell Town Court at a later date to answer the charge.

Deputies say additional charges are pending as the investigation continues. The dog, who has been named Chance, remain at the Ontario County Humane Society and will be placed up for adoption in the near-future. 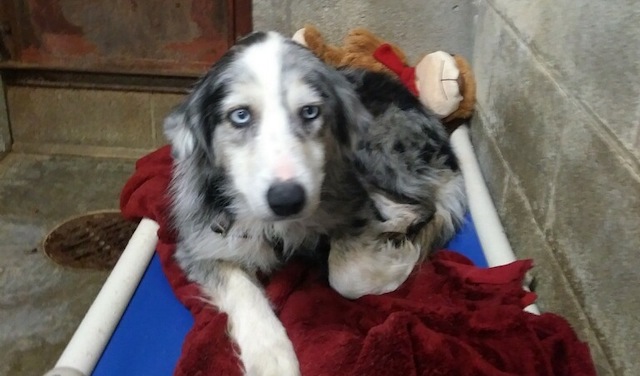