North Florida attempted a record number of 3-pointers, but the Ospreys didn’t make quite enough of them to pull off an upset against Syracuse on Saturday at the Carrier Dome.

Syracuse used an 11-0 run midway through the second half to open up a double-digit lead. The Orange held on for an 82-70 victory. 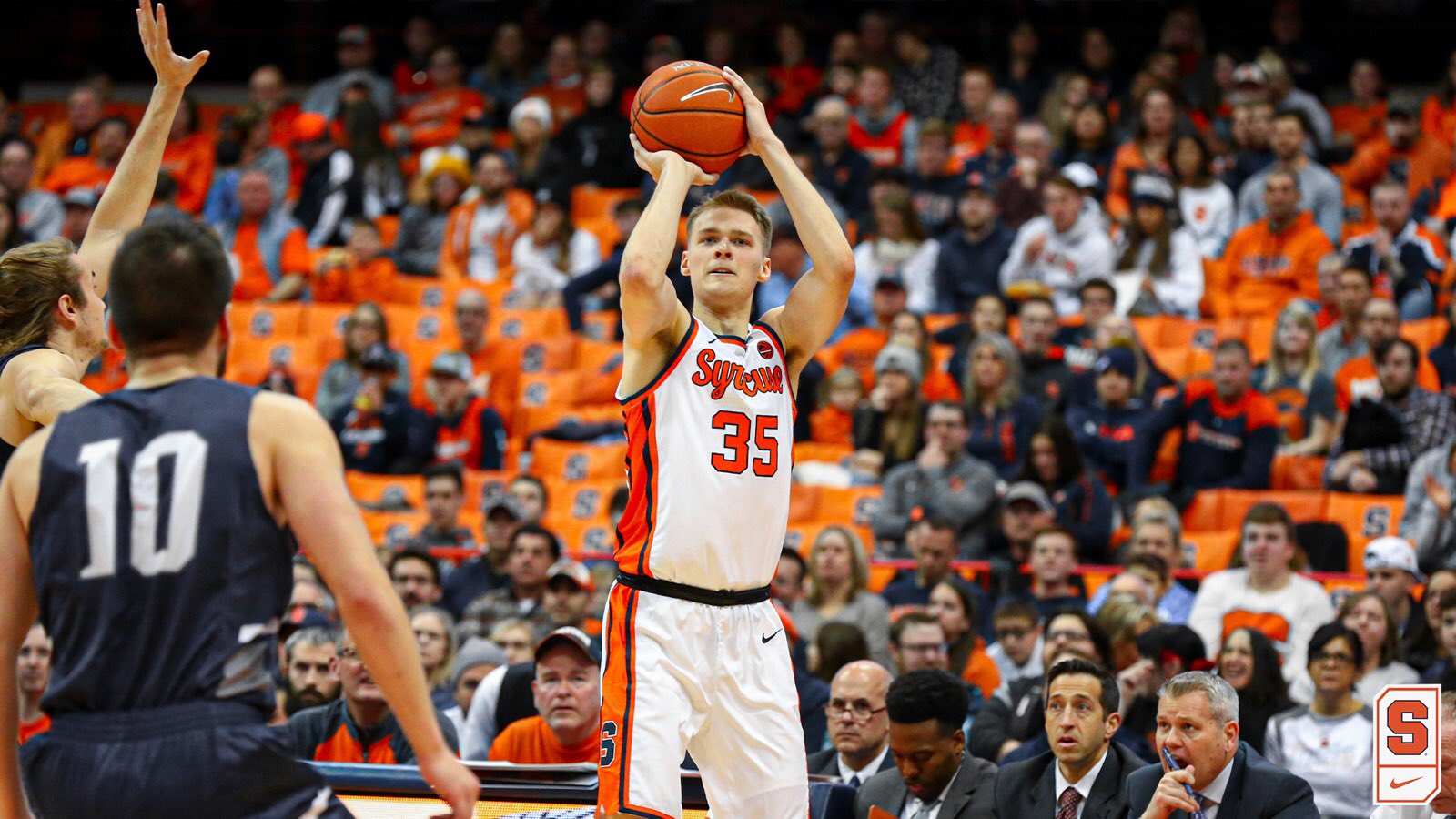 North Florida hit Syracuse with a barrage of 3-pointers, firing up 45 shots from beyond the arc. The Ospreys made 17 of their 45 3-point tries. North Florida attempted just nine shots from inside the line.

Redshirt junior Elijah Hughes and freshman Joseph Girard III led Syracuse (6-5, 1-1) to a 74-62 victory against Oakland in the Dome on Wednesday. Hughes finished with 23 points, while Girard III added 20 points to go along with seven assists. Junior Bourama Sidibe pulled down 13 rebounds and recorded four steals.

North Florida enters Saturday’s game with a 7-6 record after losing at Florida State, 98-81, on Tuesday. The Ospreys lead the nation in 3-point field goals made per game (12.5). North Florida has connected on 162 of its 428 attempts from behind the arc.