Amerks close out homestand with 4-2 win over Penguins

The Rochester Americans (16-4-2-2) jumped out to a 4-0 lead midway through the third period against the Wilkes-Barre/Scranton Penguins (13-9-3-1) and withstood a late push from the visitors to come away with a 4-2 win to close out their four-game homestand Wednesday night at The Blue Cross Arena. It was the fifth straight win over the Penguins for Rochester dating back to the 2017-18 campaign, outscoring Wilkes-Barre/Scranton 27-11 over that span. 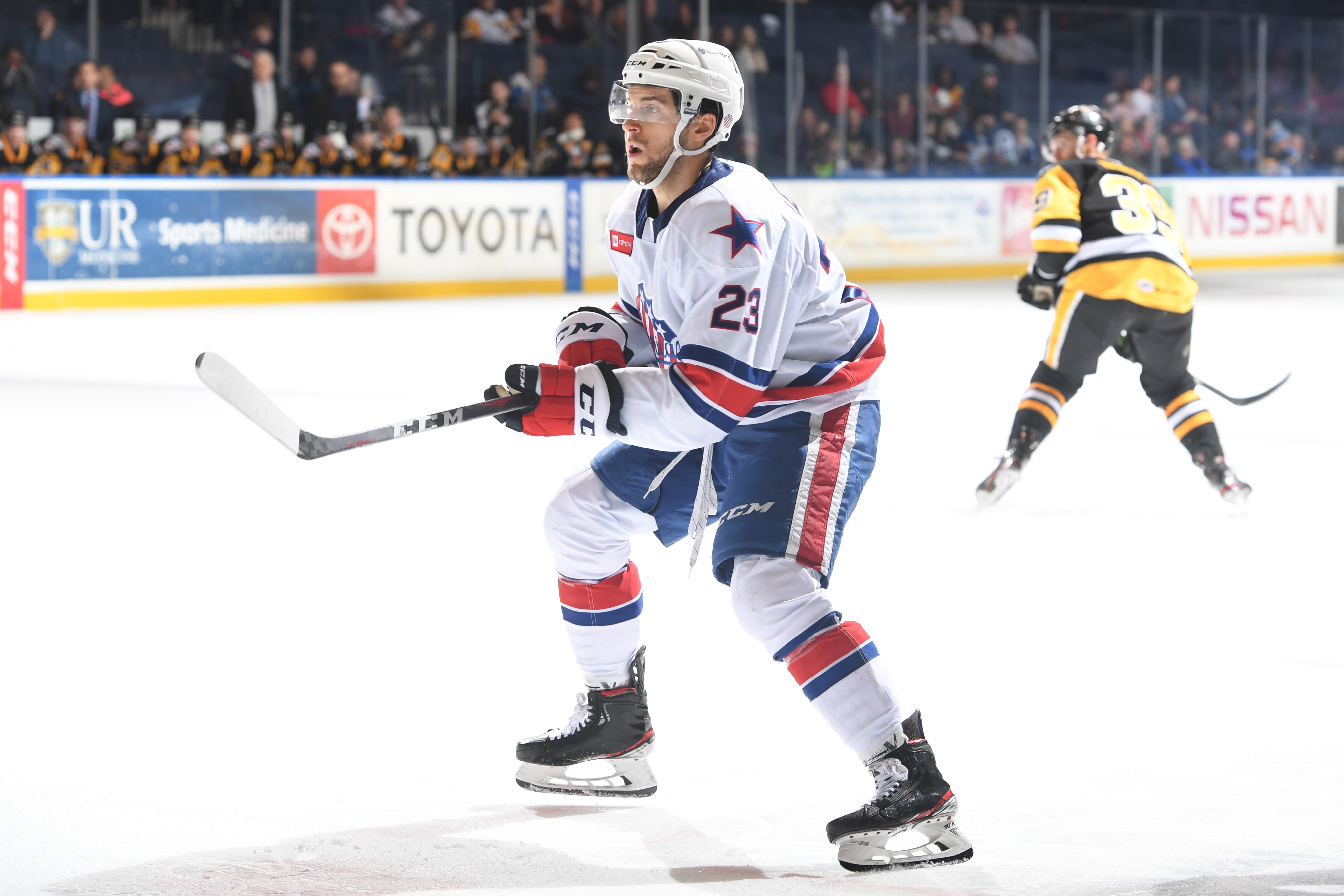 With the victory, the Amerks have earned points in 12 of their last 13 games dating back to Nov. 1, showing an 11-1-1-1 record over that span. Additionally, Rochester has picked up points in 18 of the last 21 contests overall, going 14-3-2-2, while also earning 36 out of a possible 48 points through their first 24 contests of the season.

Forwards Jean Sebastien Dea, Curtis Lazar and C.J. Smith, who returned to the lineup for the first time since Nov. 2, all recorded a pair of points as they netted a goal with an assist while Andrew Oglevie rounded out scoring. Goaltender Andrew Hammond improved to 9-2-2 as he made 20 saves on the night. Over his last eight games, the Surrey, B.C. native has posted six wins, three shutouts, 1.50 goals against average and a .943 save percentage. Taylor Leier made his long awaited season debut and recorded one shot after missing the first 23 games of the season due to injury.