He says the bus was carrying nine students, and attempting to pick up two more, when a vehicle operated by David John-Paul Bassett, 29, slammed into the rear of the bus.

All parties were evaluated at the scene, according to Sheriff Schenck, but no injuries were reported.

The 29-year-old Auburn resident was arrested on a number of misdemeanor charges including DWI, driving with a BAC over 0.08%, aggravated unlicensed operation, following too closely, criminal possession of a controlled substance, reckless endangerment, endangering the welfare of a child, and unlawful possession of marijuana.

Most of the charges are misdemeanors. He was held at the Cayuga County Jail in lieu of $1,000 cash bail or $2,0000 secured bond. 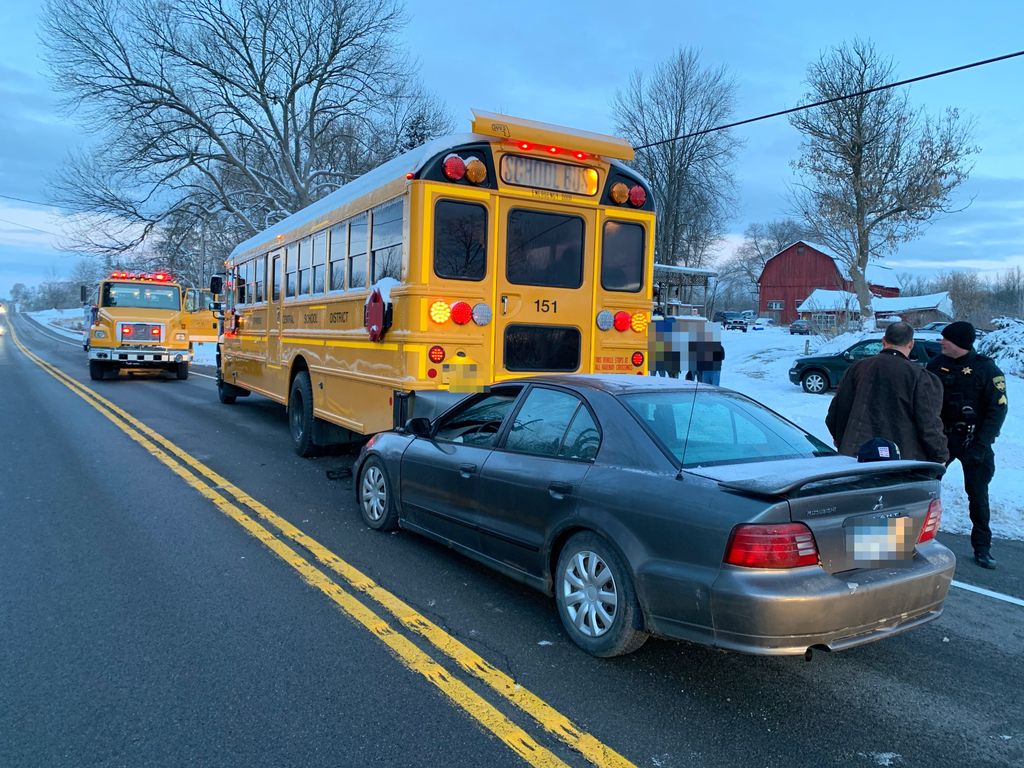