In a championship boys soccer game that was scoreless for 101 minutes, Owen Cheney recognized an opportunity and seized the moment.

At the 8:39 mark of double sudden victory overtime, the sophomore midfielder swooped in behind a Center Moriches defender to steal the ball for a breakaway down the field to score the game-winning goal, giving Skaneateles a 1-0 victory and the Class B state title. 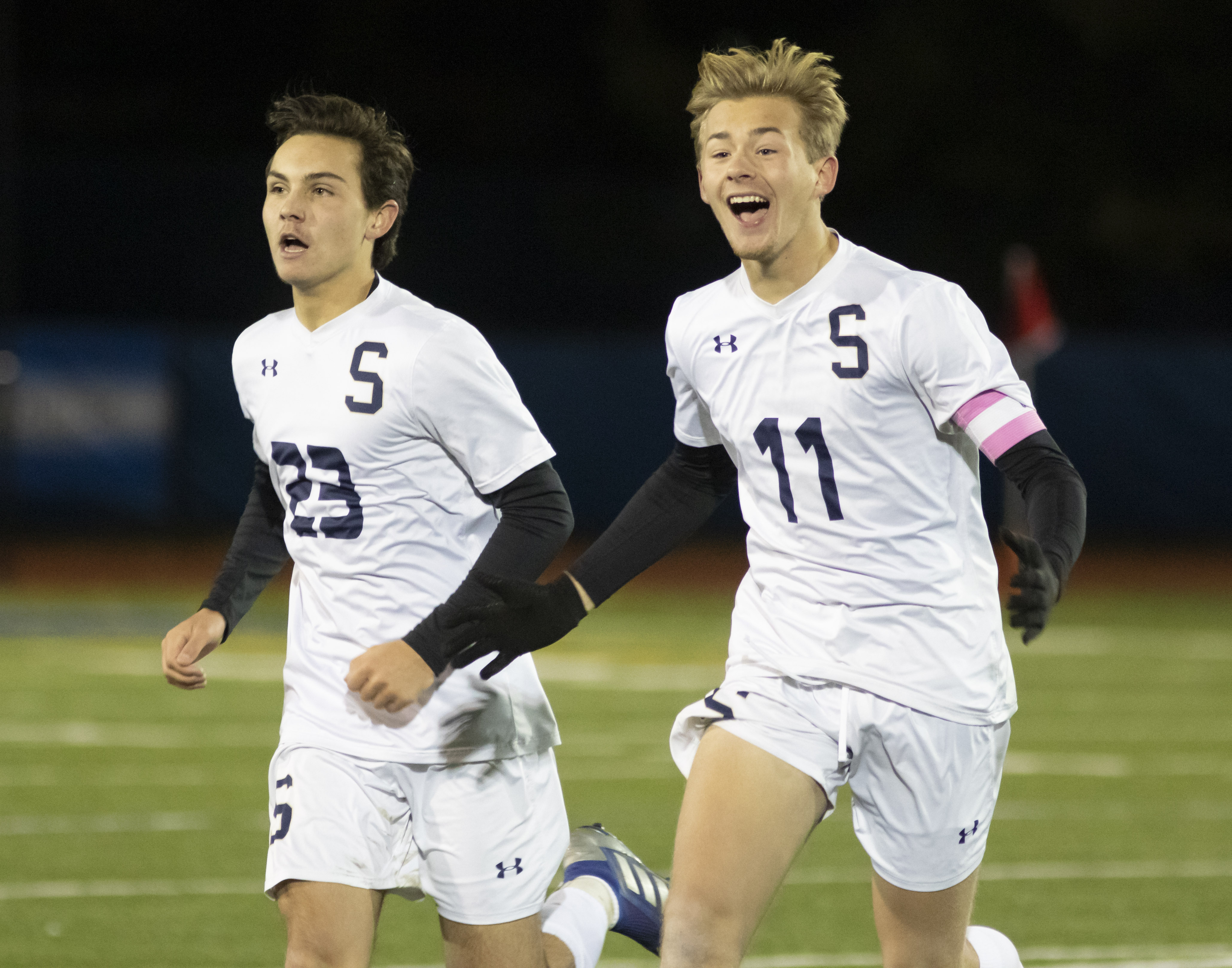 “I just knew that was my time, so I took it all the way down and placed it into back left,” Cheney said after the game. “I haven’t really experienced anything like this. I’ve had some tournaments that I’ve gone to and won, but nothing compares to this.”

The Lakers, ranked No. 3 in the state, rushed the field at Middletown High School to celebrate a feat that’s only been accomplished once at Skaneateles before Saturday, joining the 2010 team which won the program’s first state championship and finished with a perfect record of 22-0-0.

With 8 minutes left in the second OT Skaneateles is your BSoc Class B state champions. They beat Center Moriches 1-0. #NYSPHSAA. pic.twitter.com/a55bxh5YtM