‘A Perfect Storm’: Hornell leaders speak out after devastating fire

“It was a perfect storm.” That’s what happened Sunday afternoon when eight homes were damaged by what’s likely the largest fire in the history of Hornell.

“The devastation was shocking,” said Mayor John Buckley, who turned around from a trip to Albany Sunday evening.

Buckley said it’s a “miracle” that there was no loss of human life in a fire that took more than four hours to contain. There were family pets who perished in the fire, and only two people received medical attention, including one firefighter who suffered from heat exhaustion.

Fire departments from Arkport, Canisteo, and Fremont provided mutual aid after the first crews thought they were responding to just one structure fire, not multiple.

Fire Chief Frank Brzozowski says that the fire was so hot that several hoses broke, shields melted, and one firetruck was affected.

The fire remains under investigation, and no cause has been identified.

Total of 23 displaced after massive, multi-building blaze in Hornell

A massive fire destroyed several homes in Hornell on Sunday.

The fire ignited between Preston Avenue and Washington Street.

The fire prompted a massive response from first responders and firefighters around Steuben County.

The American Red Cross, Finger Lakes Chapter, is assisting a total of 23 people.

They say 14 adults and 9 children. It has been confirmed that 7 homes have been impacted by this blaze.

The families will meet with Red Cross caseworkers in the coming days to work on long-term recovery plans.

A GoFundMe has been created for the victims of the fire. You can donate to that fund here.

The Campbell Savona Community Support Group will open their doors for those victims on Tuesday from 11 a.m. to 3:30 p.m. They are also accepting donations that will directly benefit those victims. They are located at 16 Church St, Savona. 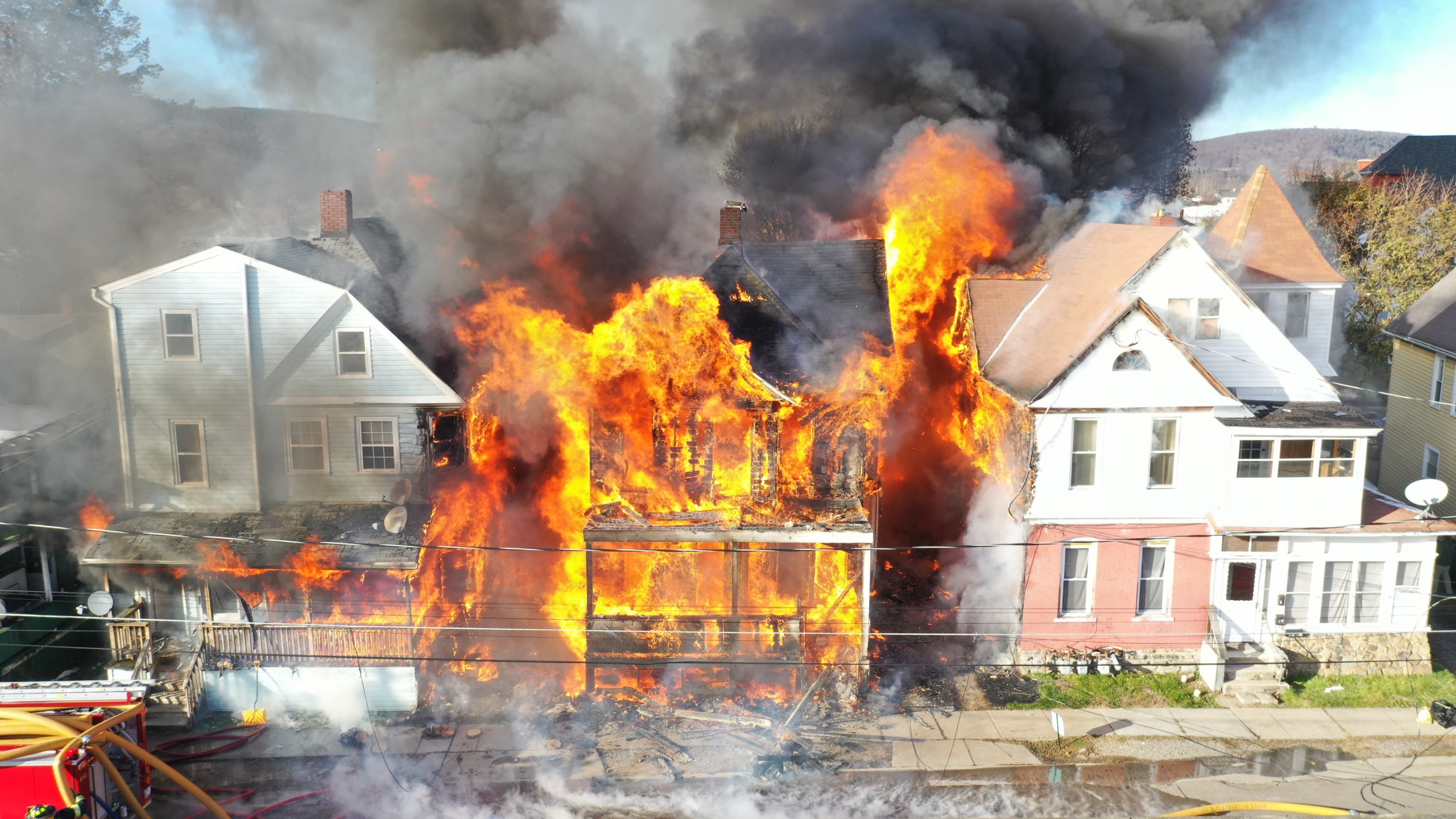