The Section V champions scored two touchdowns in the first quarter and held down a high-scoring Buffalo South Park team to win 24-6 during the Far West Regionals at The College at Brockport. 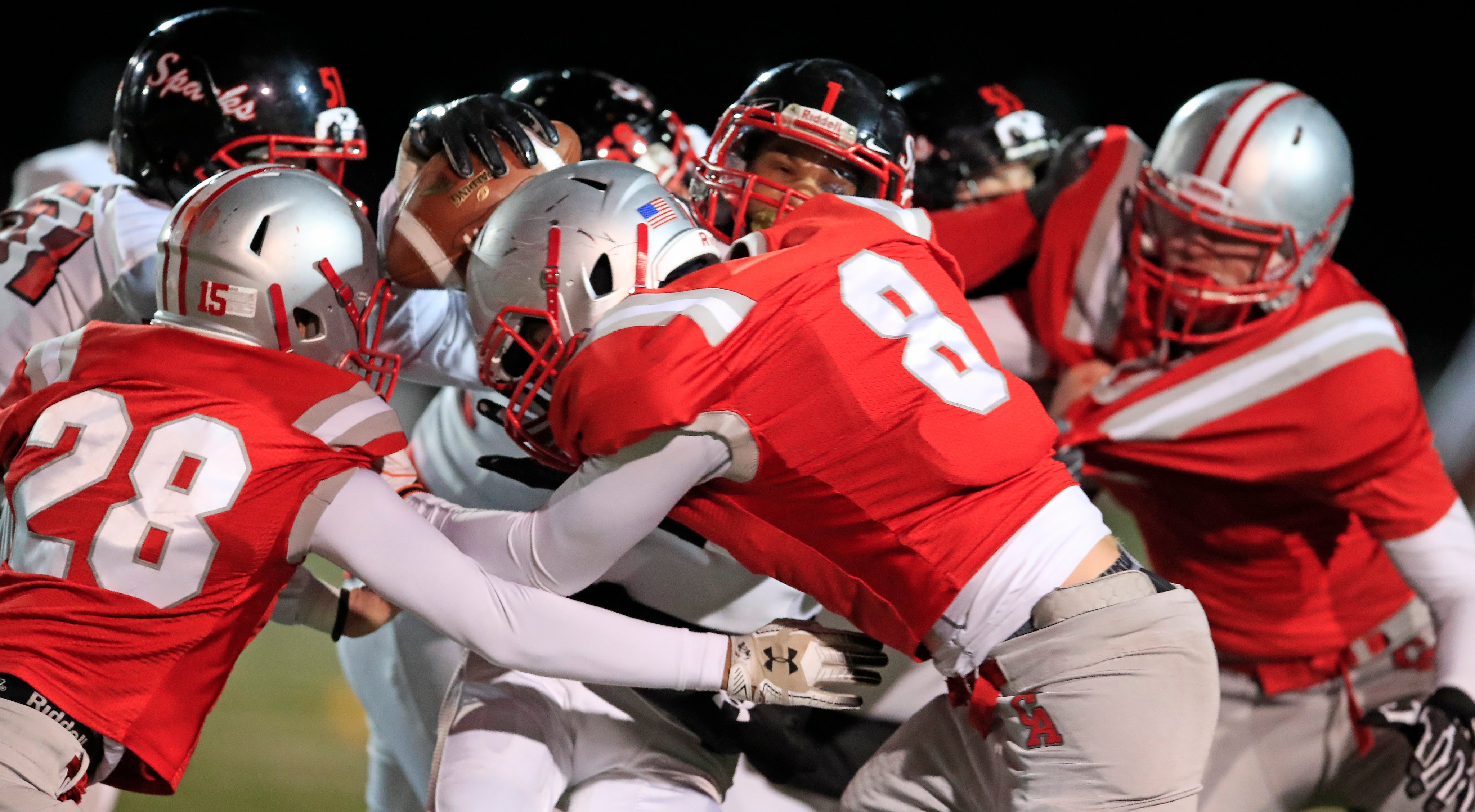 Canandaigua is in the state final four round for the first time since 1999, when that team won the New York State Public High School Athletic Association championship.

Sophomore quarterback Bryan Boldrin connected with a wide-open Joey Urlacher for a 29-yard touchdown pass play in Canandaigua’s first possession. Buffalo South Park failed to get a first down in its second drive and punted the ball back to Canandaigua.

The Braves @CABravesFB are on to the state semi-finals with a 24-6 win over South Park (section VI)!

Canandaigua driving with a chance to go up 3 scores but South Park picks off the pass in the endzone. @CABravesSports 14, South Park 0. 1:20 1Q @DandC @jjDandC pic.twitter.com/s9oToTX2SJ

Braves hold on D & force a punt. They take over around the 40 with 18 seconds left in half.

1st pass is incomplete & half ends with this play to Vierhile.

.@CABravesFB forces the huge turnover with South Park driving. Could be the nail in the coffin. Less than 6 minutes left. @CABravesSports 24, South Park 6. @DandC @jjDandC pic.twitter.com/FvmJ9eRuga