Jean-Sebastian Dea and Scott Wilson led the Rochester Americans (3-1-0-1) to a shootout as they each scored a goal with an assist, but a three-goal second-period for the Amerks wasn’t enough as the home team came away with a point in a 4-3 loss to the Cleveland Monsters (3-2-0-0) Friday at The Blue Cross Arena.

While Dea and Wilson each recorded their first multi-point outing of the campaign, Dalton Smith was credited with his first goal of the season in the second period for Rochester, which has earned seven out of a possible 10 points to start the season. Amerks netminder Andrew Hammond (3-0-1) made 16 saves in his fourth appearance of the campaign. 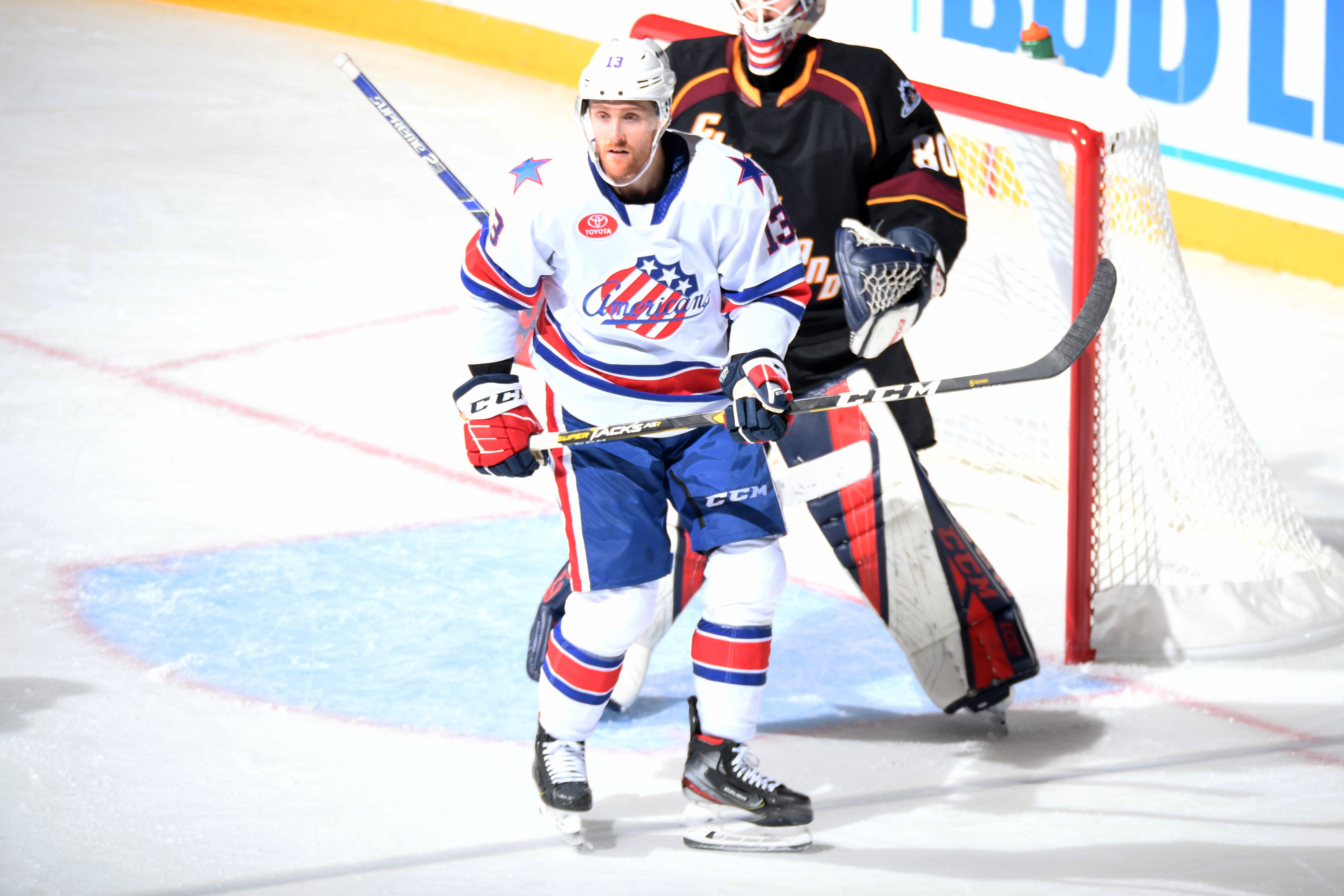 Cleveland forwards Nathan Gerbe (0+3) and Stefan Matteau (2+0) both contributed a multi-point game while Kevin Stenlund completed the scoring as he netted his first marker of the slate. Goaltender Matiss Kivlenieks stopped 28 of the 31 shots he faced in addition to denying all three Amerks shooters in the shootout.

SCORING CHANGE: Dalton Smith is now being credited with the goal as Casey Nelson and Andrew MacWilliam are awarded the assists.#UnitedWeROC https://t.co/kwB69XnENP