Astros take a 3-1 lead over Yankees in ALCS

Magical things happen for the Astros when George Springer and Carlos Correa homer in the same postseason game. Some of the team’s most memorable wins from its last three playoff runs have seen Springer and Correa do damage with the long ball.

It was that script the Astros used to pull off a stunning come-from-behind victory over the Dodgers in Game 2 of the 2017 World Series, tilting the series in Houston’s favor. And more recently, Springer’s game-tying solo homer in the fifth inning of Game 2 of the American League Championship Series on Sunday allowed Correa to hit a walk-off winner in the 11th inning. 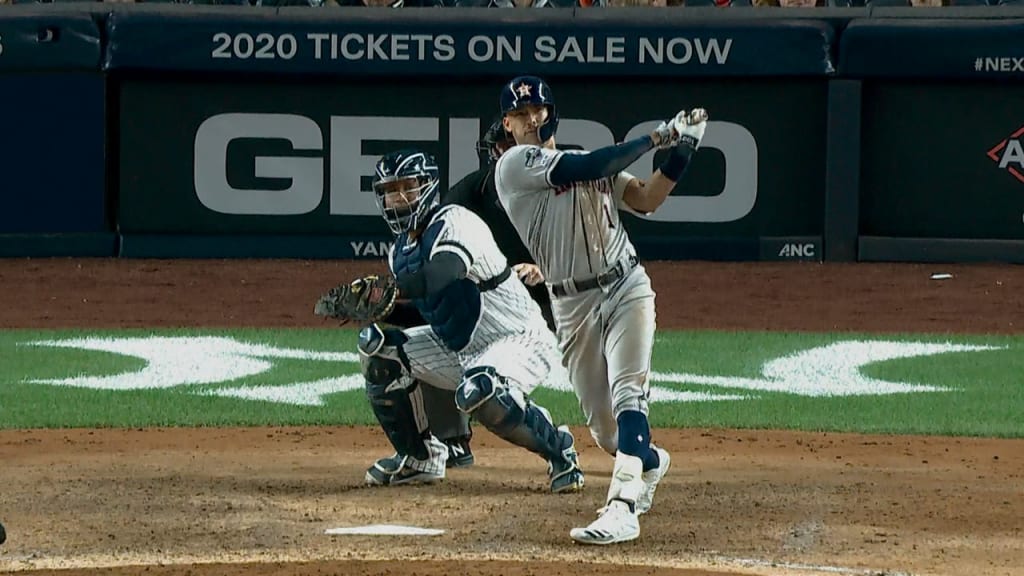 So when Springer blasted a go-ahead three-run homer in the third inning of Game 4 of the ALCS on Thursday night against the Yankees in the Bronx, it was only fitting for Correa to follow suit with a three-run shot of his own in the sixth inning, helping send the Astros to an 8-3 win and an imposing 3-1 series lead.