On the heels of a dominating third-period performance where the Rochester Americans (2-0-0-0) outshot the Springfield Thunderbirds (1-2-0-0) 18-5, the Amerks opened the first game of their three-in-three weekend with a 2-1 victory Friday night at the MassMutual Center.

Amerks forward Kevin Porter scored his first goal of the season midway through the second period while Andrew Oglevie tallied his second in as many games, which served as the game-winning goal, helping Rochester to its second straight win of the young campaign. Goaltender Andrew Hammond stopped 20 of 21 shots he faced to improve to 2-0-0. 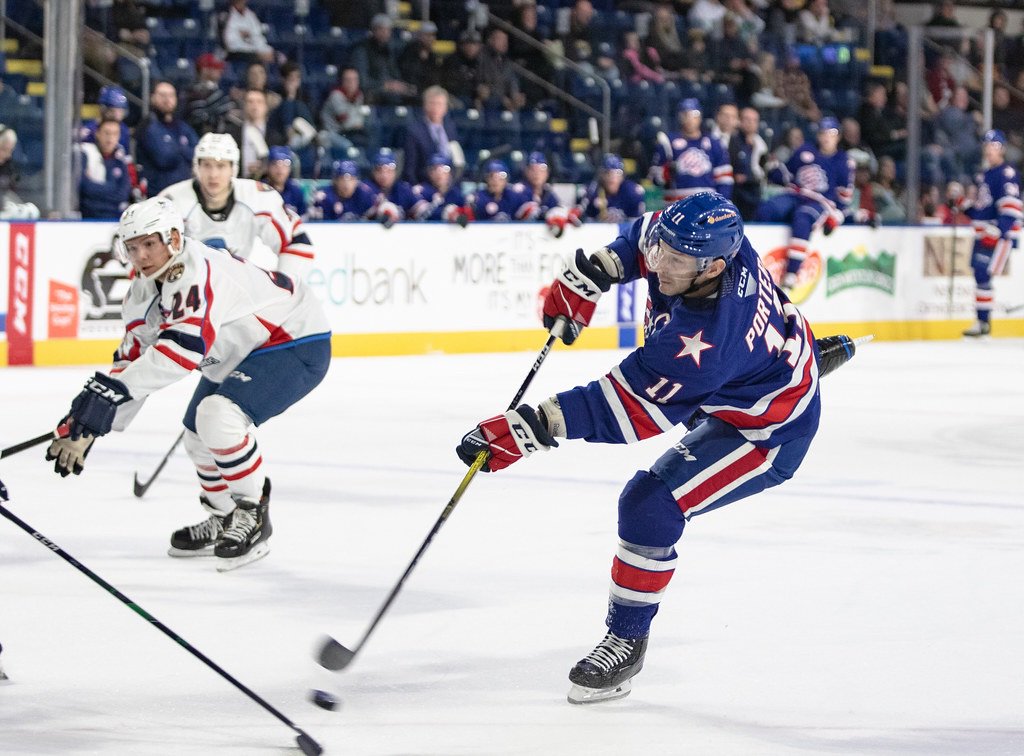 Second-year forward Sebastian Repo scored the lone Springfield goal as netminder Chris Driedger fell to 1-2-0 on the season despite making 38 saves in the loss.