Syracuse University has unveiled its new men’s basketball uniforms on the team’s Instagram. The orange away uniforms were featured on the post and they include a significant tiny tag at the back of the neckline. 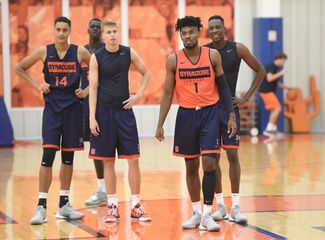 The new uniforms spell out “Syracuse” in block letters across the chest, include orange, blue and white stripes and a block ‘S’ on the sides of the shorts. The basketball beneath the American flag signifies that Syracuse is an ACC school.