The Buffalo Bills scored with under two minutes left to defeat the Cincinnati Bengals in front of a sold out New Era Field crowd for their first 3-0 start since 2011. The Bills led 14-0 at one point before a Bengals comeback put Buffalo down 17-14 late in the fourth. Josh Allen led the Bills from behind again and Frank Gore punched it in from the one to give Buffalo the 21-17 win.

– Bills improve to 3-0 with a victory over the Bengals | Game recap (BuffaloBills.com)
– Buffalo Bills 21, Cincinnati Bengals 17: Rapid recap and notes (BuffaloRumblings.com)
– Bills make it tougher than it should have been, but go to 3-0 with win vs. Bengals (Buffalo News)
– Bills fend off comeback bid in home opener to remain undefeated (WHEC)
– Buffalo Bills survive nail-biter vs. Bengals: 5 instant observations (NY Upstate)

The #Bills walk off the field a perfect 3-0 pic.twitter.com/wqu3OZF621

"There's a lot of heart in this room. I got the chills!"

Coach McDermott is fired up for our victory speech. #GoBills pic.twitter.com/2KgS6JIKZu

A couple of AFC teams that both finished with six wins last year seem to be headed in opposite directions starting the 2019 season. The 2-0 Bills come home to face the 0-2 Cincinnati Bengals this week.

The Bills finally get to “defend their dirt” after the team established a franchise first with two straight wins on the road to start the season. They’ve won six of their last 10 home openers. But most importantly, Buffalo has a chance to start the season with a three-game winning streak. The last time the franchise did that was 2011. 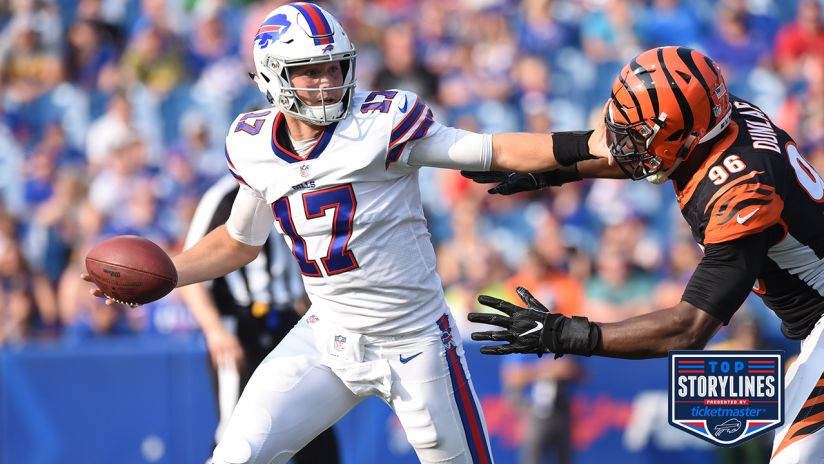