The question surrounding the A’s entering their current nine-game homestand was about how they would be able to hold up in the playoff race with such a daunting stretch of games. Surely they’d be glad just to stay afloat against the Astros and Yankees, who hold the top two records in the American League. But the A’s made a statement: They can hang with baseball’s elite. 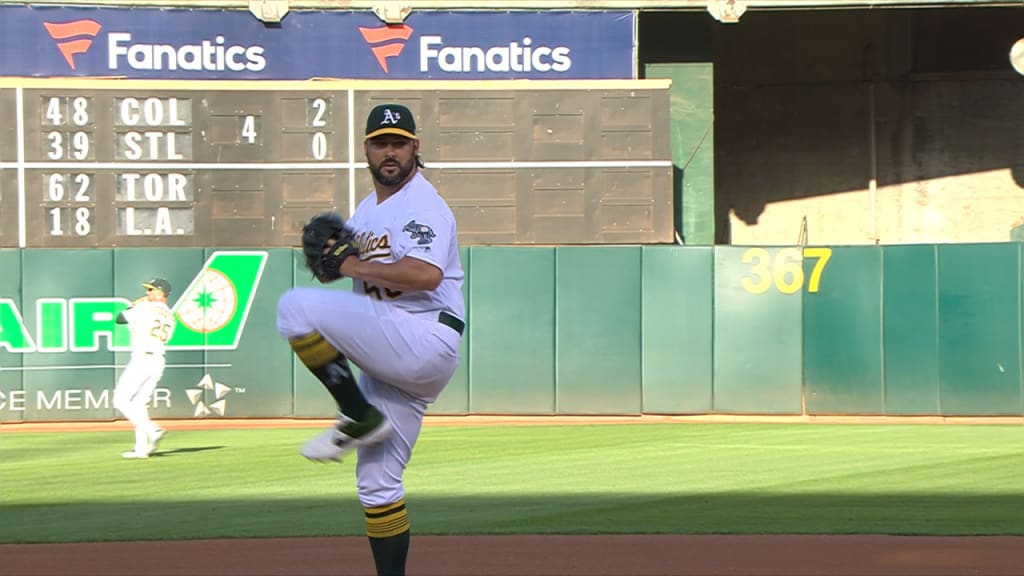 The A’s jumped on Masahiro Tanaka early to provide a nice cushion for Tanner Roark, who continued his strong run since joining the A’s before the Trade Deadline by limiting the Yankees to just two runs over 6 1/3 innings in a 5-3 victory Thursday at the Coliseum. After taking three of four from the Astros over the weekend, Oakland secured a three-game sweep of New York and moved into a tie with the Rays atop the American League Wild Card standings.